"C9 was the best draw for us," Liquid`miKnutty

Team Liquid navigated their way out of the group stage earlier today at the Electronic Sports World Cup in Montreal, Canada. They finished second in the group with a 2-1 record behind

The day started with a match against

LDLC White on Train. Liquid was dominant on their Terrorist side going up 11-3 at halftime. “We ran into a couple issues on CT side and lost a really important [five versus three] round which made the game a lot closer than it should've been, but overall I thought communication was good and the guys performed well”, said

In their second match, Liquid faced an unbreakable force in the Swedish legends, Ninjas in Pyjamas. “Against NiP we really didn't want to play them on Mirage so we got a little bit unlucky there. We really couldn't get into any sort of rhythm as they constantly pushed us back before we could execute any of our strats They're a great team and in most situations they were just out aiming us”, miKnutty said.

Needing one more win to advance out of their group, Liquid took to Overpass against Chinese challengers

QeeYou. Starting on CT side, Liquid held their ground well keeping their opponent to five rounds. They closed the game out easily on the Terrorist side, giving up only a single round in the process. “Overpass against QeeYou went very smooth. It's our best map so being able to play it was a plus”, miKnutty pointed out.

Liquid is one of eight remaining teams competing for a slice of a $75,000 prize pool at the event. Tomorrow, the team will play a best-of-three against

Cloud9 in the quarter-finals of the single elimination bracket. “Out of all of the matchups we could've been drawn, Cloud9 is probably the best since we have played against them a lot recently. We know how they play on most maps They also know how we play as well so we have to do our best to go over everything tonight and prepare for tomorrow.” 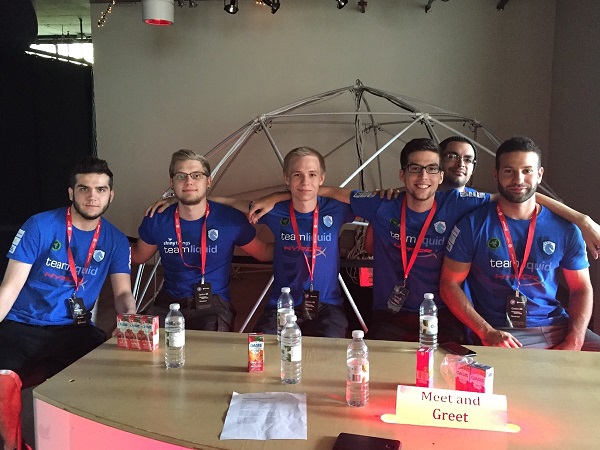 Writer // Dylan Walker
Please log in with your teamliquid.net account to post a comment.
League of Legends | Valorant   Rakin: Chasing that feeling Long ago, Rakin earned a series-winning pentakill in the CBLOL. He remembers the day well because he is still chasing the feeling from it. Read Rakin's story from League to Valorant to Variety. Leia em Português!
Valorant   Team Liquid VCT 2023 Roster: Get to Know the Squad The time is finally here. Team Liquid is proud to announce its starting VALORANT roster for VCT 2023. You may know have heard the leaks, but now it’s time to hear it from the horse’s mouth. More than that, it’s also time to learn the most important answers to the most important questions these players have EVER been asked.
CS:GO   Daps: Rio, YEKINDAR, and TL’s major improvements With the Rio Major rapidly approaching, veteran CS:GO writer Dafydd sits down with coach Daps to talk over how the team has improved so rapidly and how they've integrated YEKINDAR so well. Daps goes over NA team culture, open communication, YEKINDAR's unique versatility, and the teams he's looking forward to facing at the Rio Major.
The Liquid Review: October 2022 October brought more treats and less tricks to Team Liquid! This month saw a huge run for dota at The International, some big moments in Smash, and a return to the top 2 in CS:GO. Read about everything Liquid got up to in October in this month's Liquid Review!