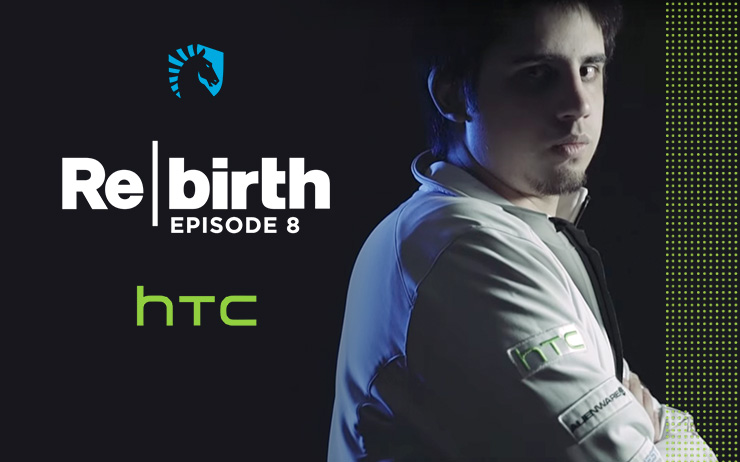 Dubbed Rebirth, our goal is to give the fans an inside look on the functions and dramas of an LCS Team.

A light will be shined on the lives and trials of our players and you’ll get a raw look into the realities of pro gaming.

With the communication and confidence issues erased since the last split the team looks forward with high hopes. Dominate's father came to see him play live for the first time but despite a resounding win against Team Dragon Knights, Steve was forced to talk to the players about their professional conduct during LCS matches.

It’s been a long run, and our team has been through plenty of ups and downs throughout the season; ups and downs you can catch up on in previous episodes of Rebirth. Team Liquid would like to thank all of its fans for the awesome support and sticking it through no matter how dire the situation seemed.

Here’s to a successful summer split!

Please log in with your teamliquid.net account to post a comment.
League of Legends   Building to New Heights: Steve's State of NA "If we can really leverage the infrastructure that a handful of teams in the LCS have built, then I think we’ve got a real shot at a World championship."
League of Legends   Kold Puts the Pieces Together "Coaching is about making sure that the players get the credit they deserve."
League of Legends   Cain: The Man Behind the Super Teams If you’re a Team Liquid fan, Cain’s departure should stir something in you. It should make you feel. Nervous. Sad. Curious. Nostalgic. Excited. Strange. Awed.
StarCraft 2   Climbing the Mountain: Introducing Liquid Kelazhur Humble, kind, brilliant, and one of the best Terran's on the planet — we're proud to announce that Diego "Kelazhur" Schwimer is the newest member of Team Liquid's StarCraft 2 team.