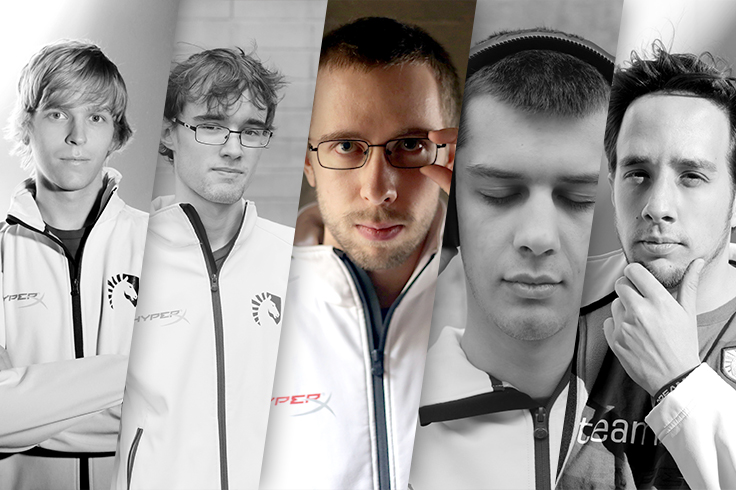 All good things must come to an end, and for Liquid in

WCS Premier League Season 2, things came crashing down on Thursday with the surprise early defeat of Snute. Our Norwegian zerg faced a tough group, but few would've predicted him being eliminated in last place, after falling 1-2 to ROOTHydra and then being stunningly defeated 0-2 by ROOTKelazhur. It was a great underdog story, but unfortunately it came at the expense of one of our own.

But what's in the past cannot be changed, and so for Liquid, we must soldier on. Friday offers an opportunity to get back on the front foot, as TLO tackles his WCS group. While not as difficult as Snute's there is plenty of potential for things to go south. In WCS Premier, you cannot take any challenge lightly.

TLO's group features one clear favorite, with three players who will be setting their sights on second. The favorite, of course, is CMStorm.Polt, who won WCS Premier last season and remains a fearsome opponent. There are plenty of players in the tournament who could dethrone the Korean terran, but he will be very confident of advancing out of the Ro32.

The other three contenders, of which TLO is one of them, are fairly evenly matched on paper. The Mexican terran MajOr is a well known foe, and although he is unlikely to make a deep run in the tournament, it is hard to count him out at any given time. The main issue is that it's never clear exactly what kind of form he will take with him into any given even. MajOr is capable of both tremendously dominating and feeble play. What will it be on Friday? Hard to say.

Elazer is the group's unknown. The Polish zerg was a surprise qualifier for WCS Challenger in the first place, and his 3-1 win over the heavily favored aTn.ShoWTimE was one of the stories of that round. At the time, the consensus was that the protoss had lost the series by deviating from his preferred playstyle as much as he had won it, but credit has to be given to Elazer for taking advantage so adeptly. But whether he can continue to achieve success remains to be seen.

Meanwhile for TLO, there is great promise, as always. Although a long shot to win the tournament, our German zerg showed his impressive 2015 form in the first WCS season by making the Ro8, and he will be seeking to duplicate that level of play in this second season. With only two races to prepare for, and his main rival being the usually orthodox MajOr, this group should be to TLO's liking.

The one thing that harms TLO's chances is the order of play. Like Snute's group on Thursday, the two highest and the two lowest seeded players will meet in the opening matches. In this case, TLO will play Polt first. While TLO of course has a chance to beat Polt, the odds are against him. Being dropped to the lower match is never a good way to start.

Aligulac ranks TLO the third favorite in this group, and just as was the case with Snute, some grains of salt should be taken. But with MajOr, the data is scarce, and so it's not fair to ascribe his high rating to a lot of beatdowns of lower players. He's just a very good player.

TLO has also kept his name out of the news for a while. His record against terran hasn't been great lately, but of course, we haven't seen him play an official match in twenty days, and TLO is a master at preparation.

What everyone agrees on is that Elazer is the underdog. He has played recently, and lost recently to players like Acer.Nerchio, and ECV.Snovski. That form won't cut it in WCS Premier, and so it's incumbent upon Elazer to step up his game. Can he do it? Who knows, but hopefully not!

Tune in on Friday to see if TLO can return Liquid to winning ways in WCS!


Writer: tree.hugger
Graphics & Format: shiroiusagi
Photo Credits: Arvid Wuensch
Please log in with your teamliquid.net account to post a comment.
League of Legends   Locked and Loaded: Team Liquid enters Free Fire We are excited to announce that we are taking our first steps into a new esport — we’re entering the world of Garena Free Fire.
League of Legends   Raise Your Subs to Another Three Years We couldn’t get enough subs during our championship-filled 2019 season. In fact, we want even more turkey and provolone as we speak, during this announcement. So it only makes sense to extend our partnership with North America’s favorite sandwich shop, Jersey Mike’s Subs, through 2023. That’s three more years of subs - and content, of course.
Fortnite   Meet the Maestro: Mitr0 joins Team Liquid Many of you will know him for his dominant online performances across 2019, and stellar duos showing at the Fortnite World Cup. We’re pleased to announce that Mitr0 has officially joined Team Liquid!
Welcome Kaymind to Team Liquid: Press F To Boost We are thrilled to announce that Kaymind will be joining our PUBG team! He is one of the most talented PUBG players in the world and has proven that time and time again. We can't wait to see him play under the TL banner.