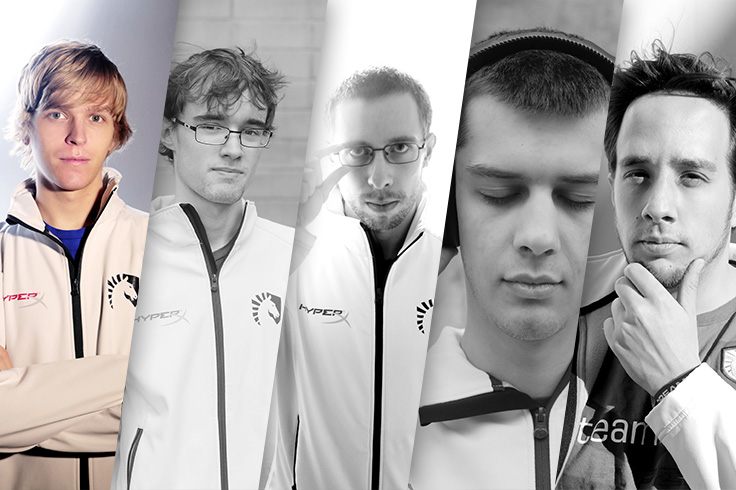 WCS Premier League Season 2 Ro16. Moreover, both Bunny and Ret advanced in first place from their groups, which ought to increase their odds of getting favorable groups in the next round. It's all come up roses for Team Liquid so far.

But there is much more WCS left to be played, and three more players left to face the task of moving on. Snute will be the next to give it a go, in an intriguing group that might fairly be considered the Ro32's toughest.

Can he persevere as Bunny and Ret persevered? We hope so, but there's only one way to find out.

The four players in this group have a lot to offer. ROOTHydra is one of the tournament favorites. No surprise, since he was the runner-up last season. Next, there's his teammate, ROOTKelazhur, who qualified as an unknown from Brazil last season and ended up winning hearts by giving our own TLO a run for his money. Third, there's MǂLilbow, who has long been considered the best European protoss by his peers, but has not proved that ability in public matches. Finally there is Snute, who needs little introduction to reader of this. But after his powerful WCS Season 1 run was abruptly stopped by his teammate Bunny, he is surely hungry to go beyond the Ro8 this season.

Lilbow and Kelazhur will open the group, with Snute and Hydra following up with a ZvZ.

The Aligulac predictions for this match were so surprising, I ran them twice just to make sure. The number crunchers place Lilbow as the group favorite, with Hydra second best, and Snute only the third most likely to move on.

Of course, we know well that ratings can be wrong. Despite being ranked the third favorite, our own Ret defied the odds to advance in first place from Group C. But still, given Snute's pedigree, these numbers are surprising.

What they show us, most of all, is that Lilbow should not be underestimated. Is his rating a bit inflated? Probably. His recent streak of wins against lower-tier European players has obviously bumped up his score. But watch out for the Frenchman. Pros have been touting his skill for a long time and he has the ability to break out on the big stage.

Hydra is the other player Snute must watch out for. But you knew that already. It's a bit confusing that Snute and Hydra have come to be matched against each other in the first round of games in this group, considering how highly both must be seeded. If you switch the order so that... say, Snute plays Lilbow first, his odds of advancing increase slightly. If Snute had drawn Kelazhur first, his odds of advancing would be at 56%!

Opening matches make a difference in this MSL/GSL group format.

Regardless, Snute must sort out the draw he is given. Hydra will be a challenging opponent, but ZvZ always gives Snute a strong chance. As will Lilbow, but Snute should nonetheless have confidence in his experience and skill over the rising protoss star. Kelazhur proved able enough to pull an upset in the last WCS Season, but this group will probably be a bit too much for him.


Writer: tree.hugger
Graphics & Format: shiroiusagi
Photo Credits: Arvid Wuensch
Please log in with your teamliquid.net account to post a comment.
League of Legends   League of Legends Management Update Artress is stepping down from his position as Team Manager for our League of Legends roster with Coach Dodo and Fasffy taking over his duties.
League of Legends   Locked and Loaded: Team Liquid enters Free Fire We are excited to announce that we are taking our first steps into a new esport — we’re entering the world of Garena Free Fire.
League of Legends   Raise Your Subs to Another Three Years We couldn’t get enough subs during our championship-filled 2019 season. In fact, we want even more turkey and provolone as we speak, during this announcement. So it only makes sense to extend our partnership with North America’s favorite sandwich shop, Jersey Mike’s Subs, through 2023. That’s three more years of subs - and content, of course.
Welcome Kaymind to Team Liquid: Press F To Boost We are thrilled to announce that Kaymind will be joining our PUBG team! He is one of the most talented PUBG players in the world and has proven that time and time again. We can't wait to see him play under the TL banner.