How Patron Took Over 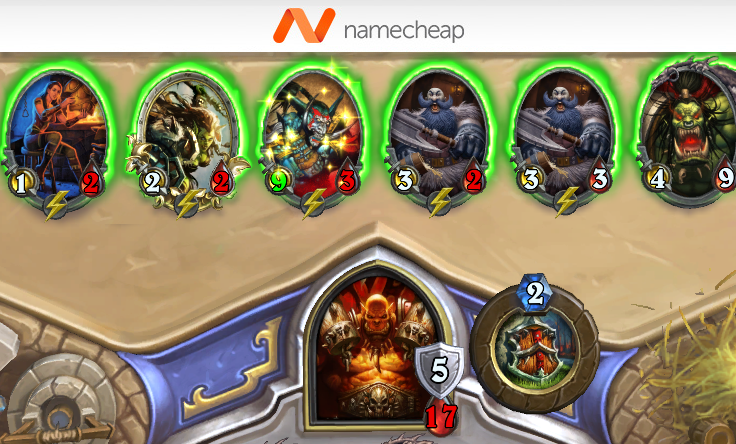 There isn't a whole lot of debate when it comes to the most impactful cards from the Blackrock Mountain adventure. A case could be made for Emperor Thaurissan but he just slots into every deck. When it comes down to highest overall impact on the metagame Grim Patron takes the cake.

Grim Patron has created a completely new deck which has taken over the metagame through explosive power and board control. Not only does Patron Warrior have a major edge against the old decks, it also pushed out a lot of the newer Blackrock decks before they could catch on. The deck is currently the "deck to beat" in the meta and has warped the ladder around it and looks to continue doing so.

These are the twenty-six cards which make up the deck's core.

A Hole in the Meta

One of Patron's major strengths as it came onto the scene was how well it matched up against the existing decks pre-Blackrock Mountain. Looking at this week's Power Ranks we see the following listed as favorable matchups: Face Hunter, Freeze Mage, Midrange Paladin, Control Priest, Lightbomb Priest, Midrange Shaman, Druid, Midrange Demonzoo, and Zoo. What do all these decks have in common? They were once defining decks and all struggle to handle a board full of 3/3s. By beating both the aggressive and control decks of the old meta Patron Warrior was primed to take over.

This was the first time in Power Ranks history that a deck managed a clean sweep.
So Patron Warrior was able to smash its way into the old meta, but what about the other new decks that came with Blackrock Mountain? The short answer is that there weren't really any. Some decks got a boost with the addition of a card or two but the only dragon deck to take off has been Malygod Warlock. Cards like Emperor Thaurissan and Imp Gang Boss have shaken up the top decks but nothing truly new has come out.

The other change that Blackrock Mountain brought to the metagame was a shift towards a more midrange playstyle. Emperor Thaurissan does exceptional work in Midrange Druid and slower control decks while Imp Gang Boss slows down Zoo in favor of more durability. Patron's edge over these decks is that they aren't able to compete with the explosive combo out of Patron. All of this goes without mentioning that Patron Warrior is likely the best Emperor deck as a Coin can enable Warsong-Patron on turn six. 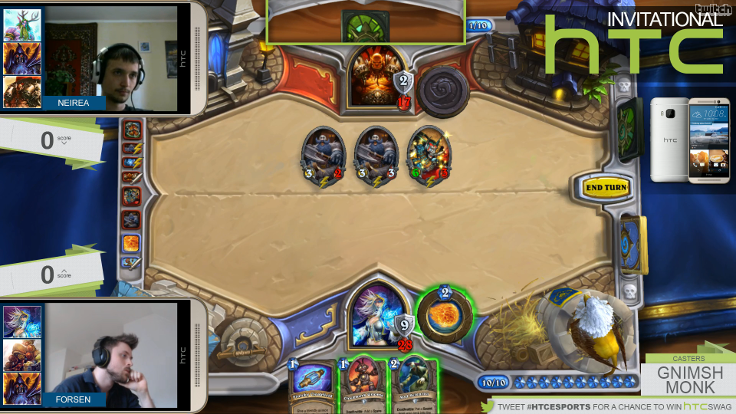 After Neirea took board control Forsen was essentially locked out from playing minions.

The problem with being the deck to beat on ladder is that many people are teching to beat you. Currently Patron Warrior is falling off at the top of the ladder because of this. Many Hybrid Hunters have started popping up with a better late game and Freezing Traps to disrupt the combo; and is always the case, Harrison is making a comeback as Warrior ascends in popularity. Even Double-Brawl Control Warrior and Handlock are coming back as specific counter-decks to Patron. At the end of the day, however, playing Grim Patrons and Warsong Commander is still the strongest thing to be doing on ladder right now. While people are still looking to beat the deck it still was responsible for the top two slots in Legendary last season.

Another reason why Patron Warrior may be underrepresented on ladder is the difficulty of the deck. With all of the flex slots available even building the best list is not always obvious. Assuming your list is good, the games themselves can be quite complicated. Patron Warrior is following a rather similar trajectory as Miracle Rogue did in the pre-GvG days: the deck is obviously strong but hasn't been completely solved. I would even argue that the lack of early defense makes Patron's learning curve even steeper than Miracle's.

While currently underrepresented on ladder Patron remains in a good spot. The players with the time to learn the deck are succeeding and even the anti-tech cards aren't really holding the deck back. 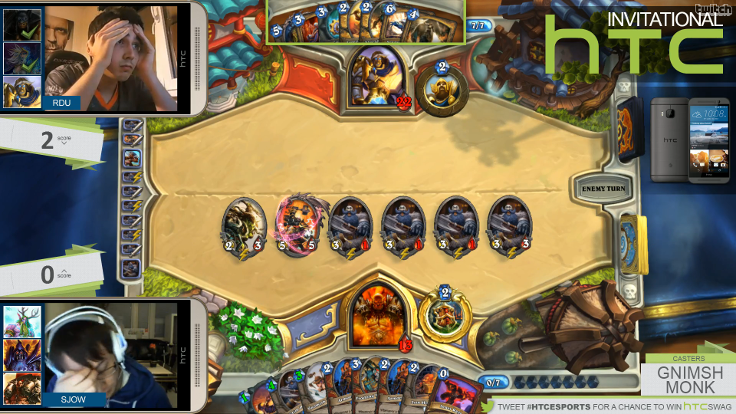 Rdu's face here is representative of most people playing against Patron Warrior.

The Future of Patron Warrior

Looking ahead, the future seems pretty bright for Patron Warrior. Without a new board clear effect coming out Patron Warrior should remain strong in the meta. All that's left is managing the tech cards and counter-decks.

When it comes to our own tech cards we have access to Loot Hoarder, Unstable Ghoul, Slam, Commanding Shout, Harrison, Belcher, Dr. Boom, and a second Inner Rage. Those can all come in based on the popular decks in your meta. One notable ommission, however, is Brawl. I choose to keep this out of the deck because I feel that Commanding Shout is just as good for clearing boards and is more in line with our game plan.

The main threat gaining popularity right now is a Hybrid-Face Hunter deck running Freezing Traps. The problem with this deck is that it gets off to a faster start than we do and Freezing Trap can lock out a Patron when we try to make a comeback. If you're running into this deck then try adding an Unstable Ghoul or Sludge Belcher to slow them down. 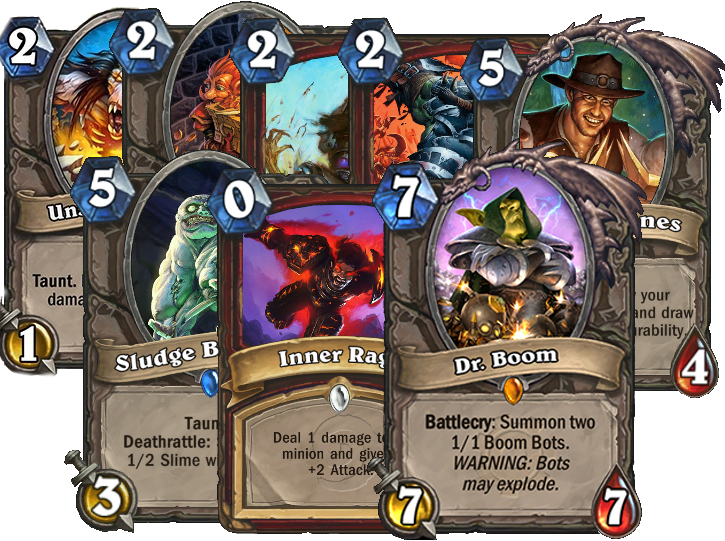 This deck has a pile of tech cards available for whatever the meta throws at it.

All things considered it looks pretty good for Patron Warrior. The deck has strong matchups and a number of flex slots to fix the softer ones. So outside of a complete and bizarre shift in the meta I would expect Grim Patron Warrior to remain a force to be reckoned with.


Writer: Liquid`Neirea
Graphics & Format: shiroiusagi
Art Credit: Blizzard
Editors: Hayl_Storm, monk, Bloodyface
Please log in with your teamliquid.net account to post a comment.
Rocket League   TL hits the road with Hercules Tires Cars are cool. But tires are how you go places. Team Liquid joins up with historic tire brand Hercules to buff up our Rocket League tournaments.
League of Legends | Smash | Dota 2   What in the hell is a Dota 2? (BSJ will tell you) "What in the hell is a Dota 2?" you ask. Don't worry. BSJ will tell you. Learn about Dota 2, BSJ, and a few other related things in this very straightforward guide to the world's most broken MOBA.
Smash   Melee was Never/Always Lonely In Melee, competing can feel lonely even when everything the scene has comes from community. Logan sees a metaphor for the odd mingling of isolation and community through the car ride home after the local and looks deeper into how communities are built through an interview with TO DarkGenex.
StarCraft 2 | Hearthstone | Smash | Dota 2 | Apex Legends | Valorant   TL x IMC x Room to Read: A Streamathon Reflection This year, Team Liquid joined in on IMC's efforts to raise funds for a good cause: literacy and education! IMC has been supporting Room to Read for 6 years now by donating a day of profits to the award-winning literacy and education non-profit. This year, Liquid joined in with a 24-hour streamathon that raised over $8,000. We reflect back on the event, thank the wonderful athletes and creators who helped out, and look to do more in the future.