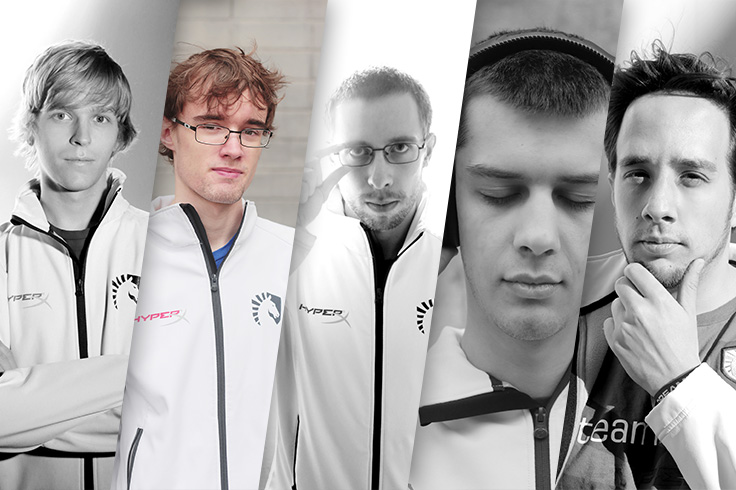 Past success does not guarantee future performance. Remember that now.

WCS Premier League is formatted in steps, once you reach the next level, all players are once again on the same equal footing.

That goes double for both Liquid and Bunny in the Ro32 of the second WCS season of 2015. Liquid are the competition's leading team, with an astonishing five players making the Ro32. Only ROOT's four can compare. Yet just because the team has five players doesn't guarantee they'll advance any further. Just because the team fielded three in last season's Ro8 doesn't mean that the same result is likely to be repeated. Meanwhile, Bunny is one of the tournament favorites, and probably the most highly rated foreign player. But pedigree must constantly be proved, and nobody will step aside for the Dane. At every stage, Liquid'SC2 and the individual players must fight their way through with the same tenacity that brought them to the mountaintop in the first place.

That fight begins with Bunny's group, which kicks off the Ro32 on Saturday.

Bunny has drawn an all-foreigner group, but don't be fooled; these are some good players. Both My Insanity players (sorry about the teamkill guys) crushed their Challenger match-ups by 3-0 scores. The group's fourth player, iG.Jim, is the best Chinese player around, as he has proved repeatedly in WCS play. He won his challenger match, a PvP, by a 3-1 score.

In the opening round, Jim will face Kane, while Bunny tackles Petraeus. The lack of fellow terran in the group is probably a good thing, for our Danish player. TvT his historically been his worst match-up, while he has excelled in TvP and TvZ. But in the WCS Season One semi-finals, Bunny made an impression in TvT. Even though he struggled in the match-up at DH: Open Tours, it would've been fun to see what he has learned in his trial by fire against the best. Alas.

To nobody's surprise, Bunny is ranked the group favorite by Aligulac. But it is his first round opponent, Petraeus, who is the second favorite. That opening match-up will be an important one to win. Neither Jim nor Kane are pushovers, and immediately getting into a Bo3 with the tournament on the line is not a reassuring strategy for success.

Aligulac foresees Bunny advancing on the strength of his TvZ, but if it were to come down to one match-up, it's probably TvP where Bunny is most secure. At the Gfinity Masters, Bunny defeated MC and yoeFW.PartinG (who would go on to win DH: Tours with PvT the next week). He is looking strong in the match-up, and should be the favorite even against a protoss like Jim's whose lategame style is a better counter to Bunny's style of play than MC or PartinG's aggression.

Here's to hoping things go as predicted in the first group of the Ro32! The task in challenger was to advance all five Liquid players. We passed that test, now the next challenge is to do the same in the Ro32. It won't be easy, but the team put four through to the Ro16 last season, so why not five this time?