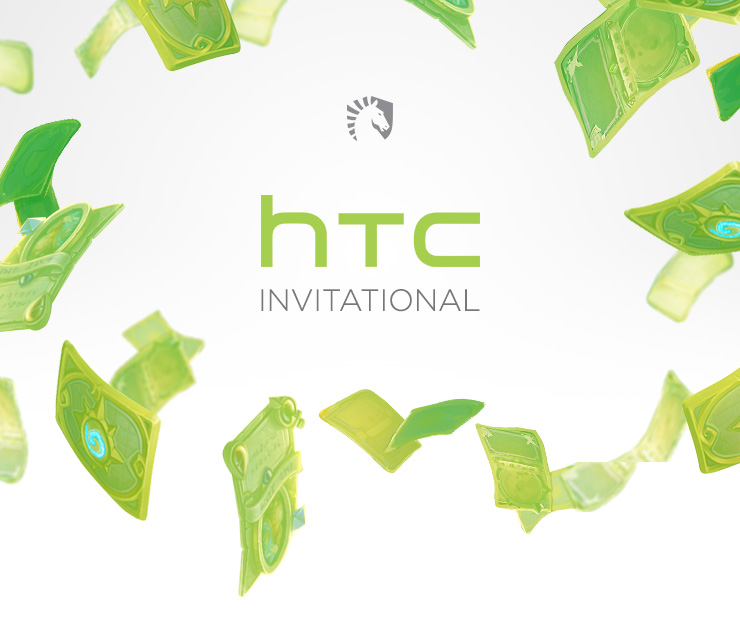 This weekend we'll see our entire Liquid Hearthstone team jump into the fray and compete in HTC's first Hearthstone Invitational! Together with Cloud 9 and TSM, we'll be banding together as a sort of "Team HTC" in order to try to take the first HTC championship. It seems very fitting these days, a few weeks after Hearthstone has come out on the smartphone, that a smartphone company would come out with a Hearthstone tournament. Even more fitting perhaps might be if an HTC-sponsored player would win said tournament. Liquid Hearthstone will certainly try to make that happen but they'll have a tough time ahead of them.

The first test will be our Ukrainian ladder hero against Forsen from team Forsenboys. Though Neirea has yet to win a championship for himself, he is regarded as one of the most technical and practiced players in the scene. His opponent, Forsen, has had a proclivity in recent tournaments to either do really well(4-0) or really poorly(0-4) in series. This could mean that it's up to Neirea to take the first game and ride that momentum all the way to the round of 8.

Our decorated hero Savjz will be up next against Tempo Storm's Hyped. Dedicated fans of Hearthstone will know that Hyped only brings four classes to tournaments: Rogue, Druid, Mage, and Hunter. Though he plays multiple decks within the classes, he still remains probably the most predictable player in all of Hearthstone. That being said, Hyped made it to the playoffs of the Kinguin Proleague despite playing in a format that punishes predictability. This means that Savjz may not only have to outpick Hyped in terms of classes but also outplay him as well.

Sjow vs Rdu is a rematch from the finals of Xfinity Blackrock Mountain Invitational, a tournament that marked Sjow's first big win. Though Rdu has certainly been the more successful player both in 2014 and overall, Sjow is the relative newcomer onto the competitive scene and has done remarkably better in 2015. He most recently placed 4th in the Kinguin Proleague under only Kolento, Lifecoach, and StrifeCro, an achievement anyone can be proud of.

If you'd like to support our players and our sponsor or if you're just a fan of Hearthstone, tune in this weekend for some awesome card-slinging action from HTC on Trump's Channel!

Liquid`Neirea
I've been using HTC One M9 in last few weeks and i'm really enjoying my first smartphone, especially one with such quality. I'm very excited to play in this tournament because i want to prove myself as a player and also have great games!

Liquid`Savjz
I'm excited to see HTC sponsoring an event for our beloved card game. If it weren't for the camera requirement for tournaments, I would play this tournament on my M9!

Liquid`Sjow
I just joined the team so I haven't gotten the chance to try out a HTC product yet, but I heard they're really top notch. It's really awesome that such a big company is sponsoring esports and I'm really looking forward to this tourney!