The North American Shuffle and nitr0 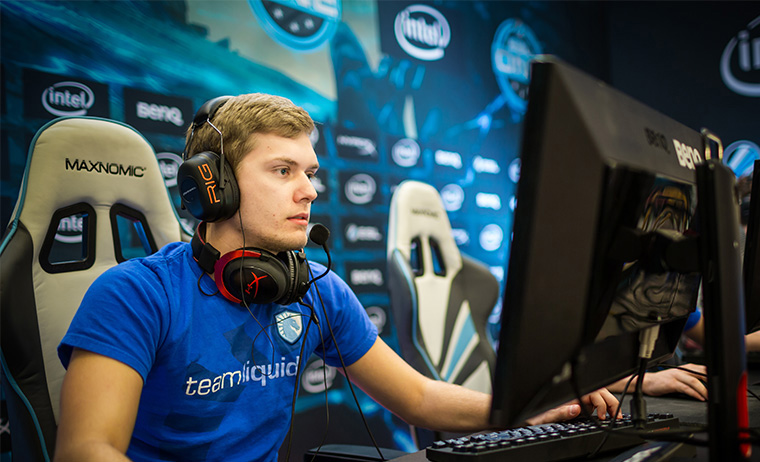 It’s time to do the shuffle.

The North American Counter-Strike scene holds its breath and braces for another big player shuffle. Homecourt advantage was not enough to help NA at ESEA S18 LAN and the country fared just as poorly overseas at the FACEIT League finals. One player that has more insight into the NA Shuffle than any other—having been on four different organizations over the months of October 2014 to January 2015—is Nick ‘nitr0’ Cannella.

On October 9th 2014, iBUYPOWER played their last game of FACEIT season 2 against Denial, a game which would decide whether or not the team would qualify for FACEIT LAN in Milan, Italy. “Swag added me to steam friends and told me they needed some ‘heat’” Nick said. “I joined the match and was trying to fit in the best I could. Taking AZK's spot in the qualifier is not something anyone could do.” The game went to a third overtime, lasting a total of a near unheard of fifty-eight rounds before IBP came out on top. “I think I managed a few nice rounds.”

This win would act as a catalyst for Nick’s first transition, ironically to Denial. For six months prior, Nick had been on the roster for one of the oldest standing CS orgs, Area 51. “Area51 to Denial was a very easy decision for me because I saw the organization brought many different opportunities,” Nick exclaimed. “It opened many doors for me, and for the community as they saw my skills were maybe not up to par, but they were up there for sure. I think this was one of the most important opportunities for my CS:GO career because ultimately I got on IBP for DreamHack later on.” Playing under Denial, Nick helped his team win the John Wick invitational over Mouspaz (now CLG), before leaving for IBP in early November.

While nitr0 played in the John Wick Invitational, IBP attended FACEIT LAN and managed an unexpected 2nd place at the tournament. Yet change was once again in the air. After this success they dropped players Joshua “Steel” Nissan and Sam “Dazed” Marine and in exchange picked up Derek “Desi” Branchen and of course, nitr0. “To be as vague as possible, it was due to internal team issues, from what I have heard,” Nick intimated. “Clearly, they had the most skill in the North American scene as well as achieving 2nd place at an international LAN out of completely no where.” All of a sudden, Nick was playing on arguably the best team in America and was set to compete at a major international LAN—DreamHack Winter 2014.

“My initial move to IBP was mainly to experience the highest level CS, as well as play with the IBP players Skadoodle, swag, and AZK. I think they are the highest skilled players in all of North America and I thought it was an opportunity I could never pass,” said nitr0. “However, I was still in school at the time and it did make me ultimately get poor grades from missing so much, but in the end I think it was still worth it!“

IBP crashed out in groups, losing to Dignitas and Penta. “First of all, I did not really have that much self-confidence going into DreamHack because I knew all the players there, including my teammates, were so much more skilled than I was,” Nick admitted. “I knew I was most likely going to be removed from the roster after the event because I was technically a “stand-in”, especially with Hiko not being on a team afterwards. It was pretty much obvious at that point.”

At the climax of this post-Dreamhack player shuffle, Spencer ‘Hiko’ Martin departed from Cloud9 following some poor results at ESEA S17 LAN. “One LAN isn't going to make people make roster changes; however, maybe from gradually adding up losses it sparked the NA shuffle,” Nick explained. “Cloud9 has been going downhill, in my opinion, ever since swag left the roster to join iBUYPOWER. It seemed to destroy some natural chemistry they had been developing since the CS 1.6 days.” Hiko took over for nitr0 on IBP and Nick had a decision to make: ”Going back to Denial was the obvious choice. If I wasn't going to get on a top 4 NA team, I was planning on quitting and focusing on school and other things in life.”

On Jan. 26th nitr0 heard the news of his former IBP teammates’ involvement in a Match-fixing scandal that occurred well before his involvement with the roster. “I was honestly shocked to find out all my ex-teammates were going to get banned for the match-fixing scandal. It was disheartening to say the least.. knowing I might never see them do what they love the most ever again. I hope they take it as a life lesson and hopefully Valve will take the ban away in a year.”

In early January, Team Liquid acquired the roster of Denial. Under the Liquid umbrella, Nick has helped his squad to some solid results, placing top two at both the Alienware A51 Cup and the iBUYPOWER Invitational. nitr0 and the rest of the squad experienced victory when the team won the GoRGNtv Intercontinental Open II.

As things have come full circle, nitr0 qualified with his team yet again for FaceIt LAN this season. Despite another poor showing for America at the finals, nitr0 remains determined.

Liquid will be given another chance to prove themselves against European competition come May 15th. Their moderate success has earned them an invitation to Gfinity Spring Masters tournament in London for a stake of the $50,000 prize pool.

A shuffle may be coming, but this is Liquid’s chance to show the world that they can dance with the big boys.