Every week, Team Liquid will supply you with their pick for the G2A Game of the Week, which you can buy at an extremely discounted rate thanks to the G2A Weekly Sale. This week, we’ve chosen the popular action-puzzler, Hotline Miami 2: Wrong Numbers. You can get it right now at www.g2a.com/weeklysale for $9.27, a whopping 45% off its usual price.

Hotline Miami 2: Wrong Numbers is a more ambitious follow-up to its predecessor. There are a few truly frustrating moments, but that sense of flow is still here; it’s a relentless, rhythmic, and brutal game of killing fast, and dying even faster.

The game carries on the same top-down twitch-shooter gameplay and ultra-violent retro art style of the original. What’s changed most is the scale of the levels. Where Hotline Miami 1 had you shooting, stabbing, and bludgeoning enemies in a series of small rooms and hallways, Hotline Miami 2 isn’t afraid to drop you into vast, open areas, where danger lurks outside the boundaries of your screen. This is an interesting change of pace that demands a new, more cautious approach. 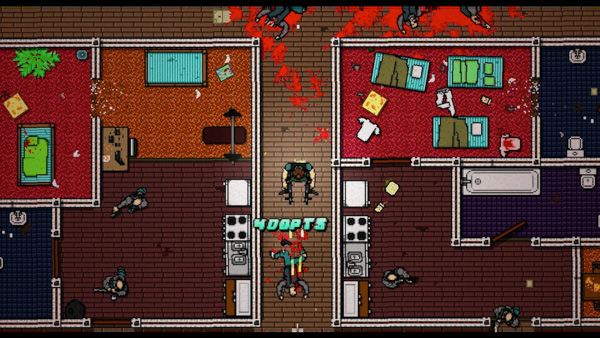 However, a drawback to these large-levels is that they make the game seem a little too difficult. There were several points when clearing even half an area became a painstaking task, and in a game where all of that progress can be destroyed in an instant by an off-screen enemy with a shotgun, it can put a lot of stress on the player. Still, this game’s genre demands that level of difficulty and for some players, it’s far from a downside.

I can go on and on about the gameplay, but one of the more prominent features of the game that deserves a spotlight is the wicked soundtrack. I think it’s even better than the last game’s, which is saying a lot considering the originally was widely raved. Like the last game, the music is the fuel that drove me forward into each new challenge – and in Hotline Miami 2, there are plenty. 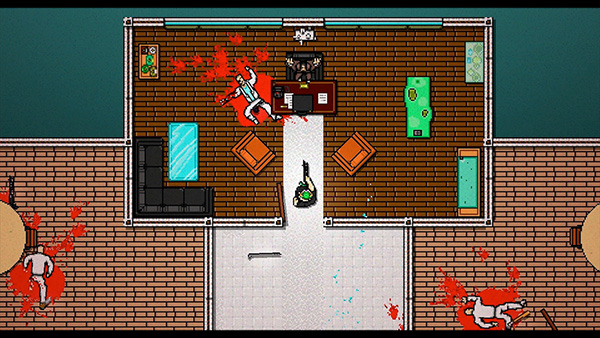 All in all, the game is great and what saves it from being overly frustrating are a few new ways of dealing with distant threats: most notably an improved lock-on system. Pushing the lock-on button instantly targets the enemy closest to your cursor; if the enemy is outside your range of vision, a red arrow appears to point you to him until you either undo lock-on or track him down. It’s a slightly unfair advantage, but serves to balance out the leap in difficulty that comes with Hotline Miami 2’s more sizable maps.

Hotline Miami 2 graphically isn’t for everyone. But the game is fun and often times, that’s all that matters. Pick it up now for $9 at G2A, it’s worth it.