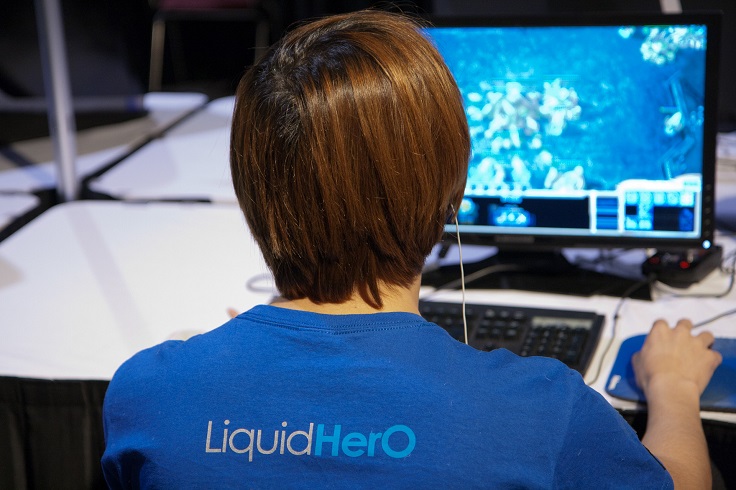 The last time HerO played in Code S, it was 2012. Heart of the Swarm was not yet out, and the landscape of Sc2 looked completely different from the way it does today. Of course, HerO hasn't actually been trying to get into Code S for much of the intervening period. Instead, he played in WCS America with great success, representing that region in the 2013 Global Finals, and coming close in 2014. But now the winds have shifted yet again and in his second go, HerO has achieved qualification for the toughest league in the world: GSL Code S.

After TaeJa was upset 2-3 to SKT_Sorry in Code A, it looked as though Liquid may not have a spot in the season's Code S. HerO was matched against JinAir.Terminator, and any HerO fan can speak to his unfortunate history in the mirror match-up. But the winds were in HerO's favor as he rolled over his opponent (who isn't a fan of PvP either) and achieved a decisive 3-1 victory. The blue team had hope!

Now, much remains to be seen. HerO's group is full of experienced players, including two terrans who know what life is like at the top. Our protoss champion has a lot to prove in his return to Korea's top league. Is he up to the standard of his countrymen like old times? Can he restore his position as one of the world's most dangerous protoss? We'll see in Code S Group E!

HerO's group consists of players who should be familiar. The least well known is ByuL, who, like HerO is a new qualifier to this season. But ByuL is a veteran of the scene. He was once on Fnatic and has been around for years and years.

The other two players hardly need an introduction. TY (aka BaBy for the BW crowd) has been going at it for ages. He's never quite been the 'next big thing' that was so long expected of him, whether in SC2 or BW. But he's a solid pro and not to be underestimated. In the last Code S, he made the Ro8 before falling 0-3 to Acer.MMA.

Then, there's Maru, who is the "BaBy" of SC2. One of the youngest players when he broke into the scene, he's now still just 17 years old, but with tons of experience. Recently his results haven't been so hot, and he went out in the Ro16 of the last Code S. Still, Maru is Maru. Don't count him out.

Befitting HerO's status as an unknown quantity, just returned from abroad, Aligulac has our protoss as the underdog in this group. His results against all races have been fairly even recently, so there's not one match-up that HerO should be able to run to victory, he must perform in them all. He should be pleased however to not have to play PvP, where his recent results, Code A nonwithstanding, have been poor.

The interesting thing about these predictions is surely how highly rated ByuL is. That's because he is an absolute killer in ZvT. The last two times ByuL and Maru have faced, the zerg has come out on top. His ZvP is more suspect. He defeated MVP.Yonghwa 3-2 to qualify for Code S, and defeated JinAir.Trap and SBENU.MyuNgSiK in recent skirmishes, but was crushed 0-3 by CJ.herO.

As for the two terrans, HerO should have the best chance vs TY, who isn't brilliant in TvP. Maru is a notch above, as a recent eight-series TvP (17-3 in games) winning streak can attest.

HerO's best chance to advance probably comes from beating TY and ByuL and avoiding Maru. With Maru out of the way, either through a first round loss and a HerO win, or advancing in first place, then HerO's path is more certain. Still, it's clear that HerO will need to show us a level of play that he has yet to exhibit publicly in the past months. We know, of course, what his play can look like at its dazzling best. Can he reach that level?