Liquid`Savjz: In Defense of Aggro 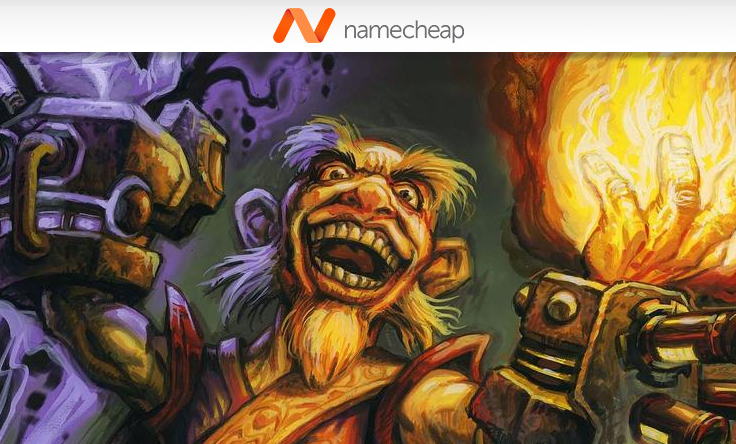 Two weekends ago for the ESL Legendary Series I decided to run three aggro decks. I had the same reasoning as ever for playing aggro: I wanted to punish slower decks. After all, Conquest is a format where you only have to lock out one of your opponent's decks. If one of his decks is very slow, therefore, three aggro decks is almost a lock. Here are the decks I ran for this event:

These decks -- perhaps with the exception of Paladin -- are pretty well known at this point. I'm not really going to talk about them then. I want instead to use my deck selections from the Legendary Series to talk about aggressive decks as a whole. Before getting too far into the discussion it is important to know what makes a strong aggro deck. Once that's established, I want to look at why aggro decks have a bad reputation in the community and end on when it is appropriate to start beating down.

In a previous article about Fatigue Mage I made reference to the Anatomy of a Control Deck. In that article we defined a control deck as "a deck which aims to answer threats and end the game once your opponent has no cards in hand." As you can imagine, an ideal aggro deck is the opposite: your goal is to kill the opponent before he can execute his gameplan.

Since minions are the most consistent form of damage in Hearthstone, aggro decks tend to operate mostly on the board. There are traditionally two ways to go about playing to the board. Aggro Paladin takes the first style of a swarm approach. As a rule Paladin disregards card disadvantage and fill the board quickly with a couple of ways to reload later. A more tempo-based approach is the other way that aggro decks control the board. Cards such as Mad Scientist and Haunted Creeper provide on-board 2-for-1s that are resilient and free up mana so that the aggro deck can continue to develop.

These guys are aggro deck staples and can gain crucial tempo.
In the case of both aggro archetypes, the aggro deck is comfortable taking unfavorable trades on board because their early drops will have already gotten in damage and can clear the way for more threats. The uncomfortable part of playing against aggro is that while your cards are often better, they aren't fast enough.

Why Aggro Gets a Bap Rap

When you're getting beaten to death by Flame Imps and Leper Gnomes it is pretty easy to get mad at an aggro player. After all, playing a sweet all dragon deck is way more fun than attacking face all game. Aggro decks draw hate in the community -- look no further than Cancer Hunter -- because they often seem to easy to play and the changes required to beat them feel bad.

While the combat math isn't always the hardest, playing an aggro deck can be more difficult than /r/hearthstone would lead you to believe..

This is what playing against Face Hunter can feel like.
While it may not be clear from the defender's side, a lot of thought can go into playing a three drop or a one drop and a Hero Power on turn three. While not immediately apparent, this is the type of decision that separates the Legend players from everyone else who has crafted a Leper Gnome.

Beyond the perceived simplicity of an aggro deck, another main reason for the hate is the feeling of helplessness. It is pretty easy to feel like nothing could've been done when the only plays you have time for are Wild Growth-Druid of the Claw. In reality, however, there are things you can do but they are outside the game. These changes also feel pretty bad. If you are dying to aggro decks on ladder the correct move is likely to trade that Ysera for an Annoy-o-Tron. While this does hurt the dragon theme of your deck, and it sucks against control, it is what must be done if you want to stop being run over.

When is it Best to Play Aggro

So the final question is, when is it best to bite the bullet and play an aggro deck? Unless you are actively playing in tournaments this will mean on ladder for the most of you.

Aggro is sometimes good call for ladder. As always, it depends on the meta. When picking a deck for ladder you obviously want to beat the most common decks a high percentage of the time. You don't need to have a deck that beats everything to be successful. All you need is high win percentage against the most common decks. A few weeks ago I hit Rank One EU with Zoolock but it's not because Warlock beats everything; rather, it's because I farmed Druid and Tempo Mages. I found a good time to play Aggro Warlock and was able to capitalize. An added bonus as that the hardest matchups -- such as Freeze Mage and Rogue -- were almost non-existent 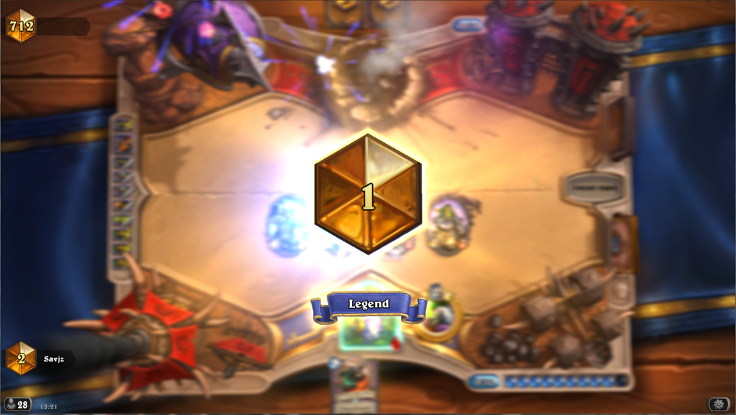 Editor Note: Sick brags dude.
I would actually say that for ranks lower than Legend, aggro is not always a good call because some many are playing it. Instead, I think the meta call at lower ranks is usually anti-aggro. Aggro decks are popular at the lower ranks because the games go faster and the aggro decks are cheaper. When working your way up to Rank Five or Legend it is generally better, therefore, to try and counter the aggro decks than join them.

Face Hunter and Mech Mage may never win a popularity contest but they will win matches. At the end of the day, that's what is most important. Aggro decks do have a place in Hearthstone and because of that I decided to play three of them at ESL. Knowing how to beat and when to play aggro is an important part of becoming a well rounded player and you're doing yourself a disservice if you ignore that.

And besides, who doesn't like a big hug every now and then.