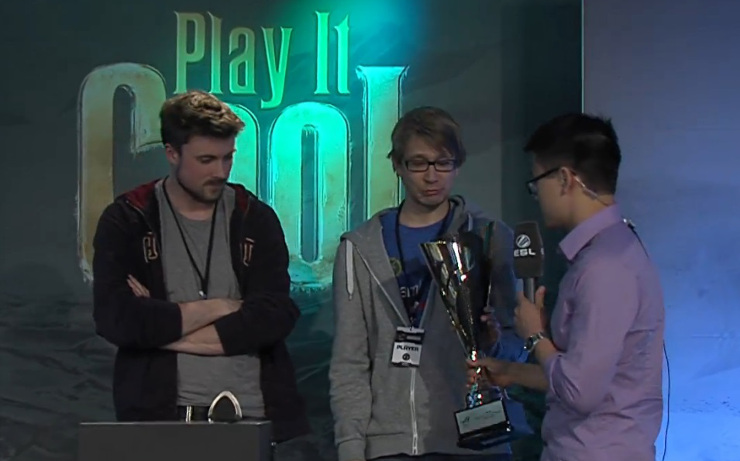 Last weekend four streamers gathered to undertake one of the most grueling competitions ever conceived in Hearthstone. Savjz, Forsen, Kungen, and Reynad traveled to Cologne a few days ago to compete in the first ever Hearthstone ladder-a-thon. Players would be given fresh accounts with the Adventures unlocked and then were put to the test to see who could achieve the highest ladder rank in the course of 24 hours. Players also had the chance to win Hearthstone packs throughout the competition in order to supplement their decks.

Out of the gate in the first few hours, Savjz looked to be in a promising position, always maintaining just a few stars distance from the first place player. He started laddering with a budget Zoo deck that was reminiscent of the one he achieved Rank 1 Legend with a few days prior. After stalling out a bit for a few games, however, Savjz made the ill-fated decision to switch to his infamous Aggro Paladin deck, a deck that many have dubbed the "Eboladin". Unfortunately however, this decision led to what might have very well been Savjz's doom. After going an estimated 8-20 (by his own account) with the deck, Savjz dropped all down to last, being overtaken even by Reynad who was playing Mech Priest at the time. When asked for comment about this deck yesterday, Savjz only had the following to say:

The comeback was real, however, and after a power nap, Savjz, with renewed vigor, took to the fight again, this time with Mech Shaman. And just as poorly as the Paladin deck had failed him, the Mech Shaman rewarded him in spades. With a monumental win streak, Savjz was able to claw way back up and at the end of the 24 hours, Savjz tied Forsen for first place. It was then that Savjz faced off in an epic best of 1 that would decide the winner of the 24 hour event event.

And though Savjz faced an uphill battle in an unfavorable matchup with his Mech Shaman against Forsen's Zoo, with a bit a of luck, strong play, and an Enhance-o-Mechano, Savjz was able to take the championship. 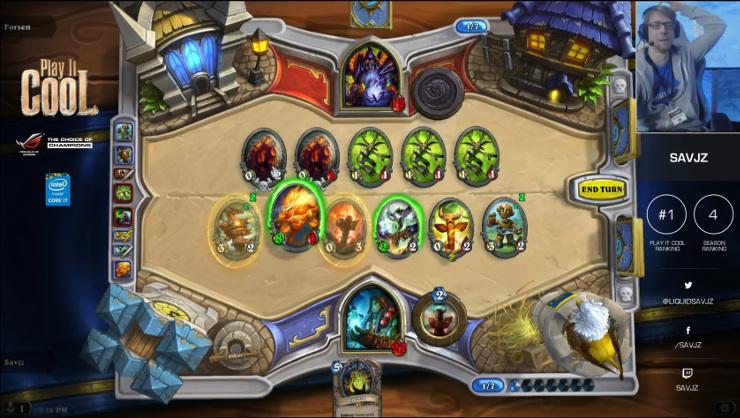 Possibly the best finish anyone could hope for to a 24-hour long event.

Savjz' Decks Throughout the Run

Below you can find all three finalized decks that Savjz used during the event. We wouldn't recommend most of them however, as the Zoo is a budget version and the Paladin did extremely poorly. Free free to copy this version of Shaman though!