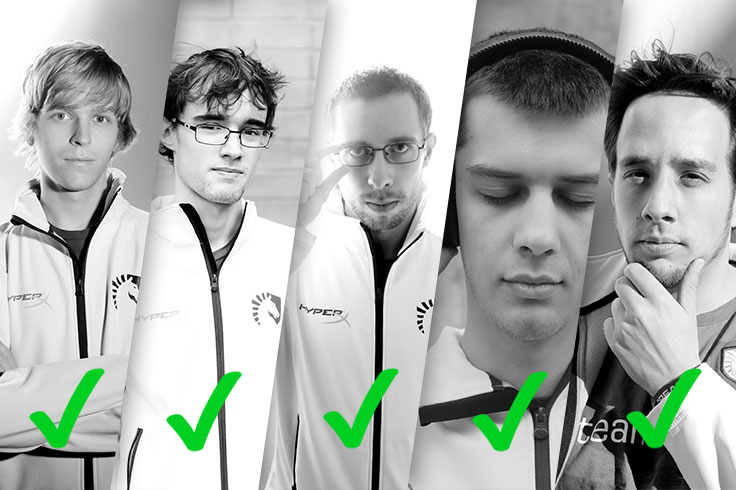 WCS Challenger was a resounding success for Team Liquid. In three successive series, three Liquidians were put to the test—and passed.

First came Snute, who lost the first game to Bly, but powered through the next three with excellent ZvZ. Then followed Ret, who also dropped his first game to Welmu, but won the next two. The Finnish protoss battled back to force a game five, but our Dutch zerg let him get no further, winning the deciding match and making his first Premier League since 2013. Finally came TLO, who battled back and forth with Nerchio all the way to a game five, where he too prevailed.

Having set the bar high, the pressure is on Bunny and MaNa to complete the Liquid sweep of Challenger League. No other team has more than four entrants into Challenger, and so if both win, then it'll ensure that Liquid remains the best represented team in the highest level competition of the game. We'll see if that comes true on day two of WCS Europe Challenger!

Like Snute on day one, Bunny has the honor of playing the day's first game. He faces the Serbian terran TES.Beastyqt. It's intriguing that Bunny should play a TvT. Statistically it remains his worst match-up, and he hasn't played it a lot recently. That might mean that he's simply underrated in the match-up, but it might also mean that he's rusty. The last TvT he did play was a 4-0 defeat of Happy, so that's certainly a point in his favor. And of course, he very nearly beat Polt in the WCS semi-finals.

Meanwhile, Beastyqt once again has qualified for Challenger, but he faces long odds here after barely missing out on Premier last season. Aligulac heavily favors Bunny in this match-up, perhaps in part because Beastyqt's recent TvTs include losses to Heart and qxc and only a 2-1 win over Lillekanin. But most likely, the model simply recognizes that Bunny is on top of his game. As a semi-finalist from season one, Bunny should certainly progress here.

The third match of the day is the final one featuring a Liquid player. It sees our Polish protoss MaNa collide again with the German terran mouz.HeRoMaRinE. It's no secret why MaNa prefers this match-up: PvT will always be his staple. But it's a great match-up for the viewers, because it's a rematch of last year's WCS Challenger, when MaNa staged a remarkable comeback from 0-2 down to win the series.

Obviously MaNa hopes it goes a bit more smoothly this time, but Aligulac predicts a razor-thin series. Both players are top players in Europe, both like the match-up, and both will be hungry for the rematch. Where MaNa hold an edge is in the lifetime match-up, where he has bested HeRoMaRinE in 70% of their meetings, including their last three series against each other. Close results be dammed, it seems that MaNa just feels comfortable against this opponent. Let's hope his instinct is right.

Hoping for the 5/5? Be sure to send your love and support to @Liquid_Bunny and @Liquid_MaNa before their matches today! They need your cheers, make sure they're heard.