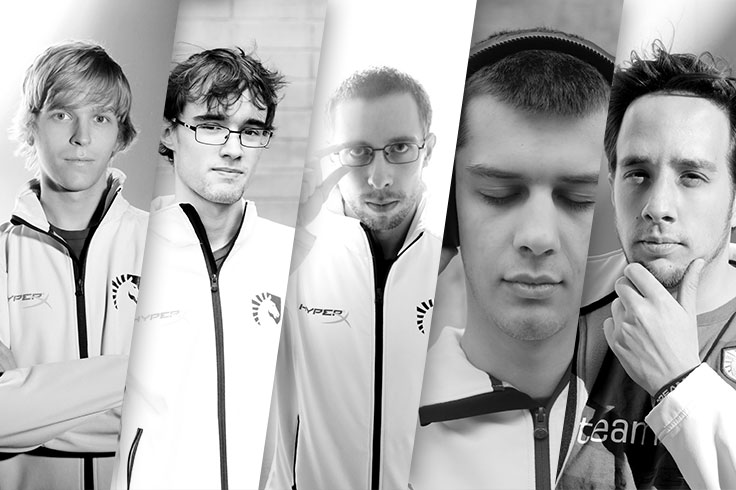 This year, WCS might less Korean-heavy, but the tournament format is certainly harder in one serious respect. In past years, a Ro8 finish was enough to secure a spot in the upcoming Premier League. Not so this year.

Instead, TLO, Snute, and even Bunny will all have to fight their way back up through the ranks, starting with another round of

WCS Challenger. There, they will meet up with MaNa, who lost in the Ro16. Also in the mix is Ret, who was unfortunately teamkilled by TLO in the last Challenger, and who fought back through the qualifiers. As always, the match-ups at this stage are highly random, and the players are all hungry for success. The air is ripe for upsets.

Happily, the air is not ripe for teamkills. All four Liquidians from last season dodged a match-up with Ret from the qualifiers, which sets up a scenario in which all five Liquid players could move on. But before we start popping the champagne, we need to win first. That won't be easy, but it could happen quickly, because the whole team is packed into the first two days of action. The first three match-ups of the year are all must-watch for Liquid fans.

Kicking off the new season will be Snute, who faces Acer's Bly. Given his stellar performance in the first WCS season, it's no surprise that Snute is the heavy favorite here. Bly's recent results don't do him much credit. He lost to Acer.Scarlett and yoeFW.Ian last week, two zergs who rate below Snute at the moment. Meanwhile, Snute's last mirror losses came to TLO, EGJaedong, and ROOTHydra. In their lifetime history, our Norwegian has bested his Ukrainian foe 24 out of 32 times.

The second match features Ret's return to Challenger. His opponent is Welmu, who made the Ro16 last season. Impressive, but he didn't have to face a single zerg along the way. In fact, PvZ is the Finn's worst match-up, and Ret's best statistically. That's why Aligulac rates our Dutchman a slight favorite to pull the upset. Another reason? Ret holds the lifetime series 9-6, including their only two match-ups in the last year.

The third match and the final one on Monday featuring Liquid, will see TLO take on another Acer zerg in Nerchio. TLO had a great WCS Season One, in large part because of his clutch ZvZ play. He defeated Ret in the last Challenger and edged iG.XiGua and mYi.Serral to make the Ro8. Yet here, Aligulac finds the Liquidian to be at a steep disadvantage. One key reason is their match history, which tilts surprisingly heavily in favor of the Pole. Nerchio won their only meeting of 2015 just six days ago. ZvZ has traditionally been his strongest suit. A recent loss to Ian might throw a bit of cold water on his form, but it's incumbent upon our German zerg to prove that the past is in the past and that when it matters, his ZvZ cannot be topped.

WCS Challenger is a brutal stage, in which dreams are crushed and built. But last season, aside from the unfortunate teamkill, it was all in the latter category for Liquid. Let's hope the same is true this season.

Day one is a big one for Liquid, so make sure to show your support. Let @LiquidSnute, @LiquidRet, and @LiquidTLO know that you've got their back. Get ready to cheer for the team as we attempt to make it an unprecedented five for five in the WCS Ro32!