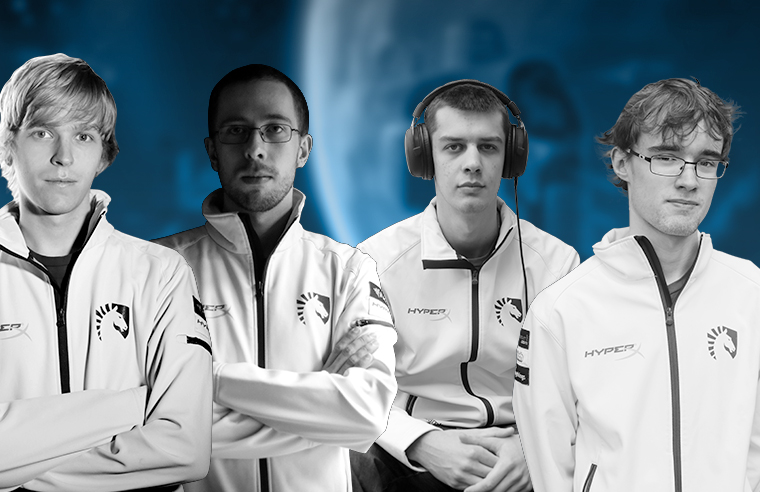 If fans were looking for surprises on the opening day of the 2015 WCS Premier Ro16, they were sorely disappointed, as all eight matches went to the pregame favorite. For Liquid, that meant an overall record of 2-2, as Snute and Bunny took care of business as expected, while TLO and MaNa fell to Korean opposition.

Friday's results set up a predictable script for Saturday, as the top dogs will hope to complete their advancement and the dark horses will fight up from the bottom to keep alive their chance at history.

In Group A, the Finnish zerg mYi.Serral defeated his Chinese counterpart iG.XiGua 2-0 as expected, while TLO fell to MǂforGG. It was not the best showing from our German zerg. In game one, forGG's pristine early micro dealt enough damage to force TLO into a slow baneling bust that he could not win. A two rax from the Korean terran finished the series swiftly.

But on day two, TLO not likely to have to play the same opponent. forGG is the heavy favorite to take the group over Serral, which would then set TLO up for a series of ZvZs. These are eminently winnable for him. While the mirror match-up is a challenging one, TLO has never shied away from it and has always had confidence in his ability to outwit his fellow zergs. Odds are we'll see that confidence put to the test to decide a winner in the opening group.

In Group B, Snute advanced over iG.MacSed, but it's perhaps unfair to his opponent to simply say it was "as expected". Despite being the favorite to take the group, Snute has sternly tested by the Chinese protoss, whose aggression was very nearly decisive. Game one say MacSed overcome Snute's defenses with a persistent two base all-in. In game two, Snute rallied back with his trademark aggressive swarm host use. In game three, these two styles went to head-to-head, as MacSed took an early lead with gateway aggression, only to have his advantage clawed back by Snute's swarm host play. In the end, our Norwegian viking grabbed the victory, but not without sweating a bit.

His next opponent will be aTn.ShoWTimE, who also suffered a scare against the enterprising x5.PiG. Nonetheless it was the European who moved on. Both Snute and ShoWTimE are approximately equal favorites to advance, but Snute holds a slight advantage in their head-to-head match-up. While both PiG and MacSed showed themselves to be more dangerous than the numbers suggested, Snute still would be likely to advance even if he drops the winners match.

In Group C, aka the group of death, MaNa was on the receiving end on the first day. His opponent ROOT.Hydra showed no mercy in game one, taking a confident victory. In game two however, MaNa showed some of his quality, forcing a long, low-econ game that was eventually narrowly won by the zerg's untouchable broodlord cloud.

Despite the unfortunate result against a tournament favorite, the other result was perhaps even more disheartening from MaNa's perspective. That's because CMStorm.Polt defeated ESC.FireCake, setting up yet another match between our Polish hero and his French zerg nemesis. A big fan of swarm hosts in all situations, MaNa and FireCake have somehow repeatedly played each other in tournaments, with the matches often stretching for hours. The overall series results are 6-8 against MaNa. Now, given overall results, it's still fair to predict MaNa here, but it's even more sure to predict long, closely fought games.

After which the winner will have to play Polt or Hydra. Congratulations. (MaNa would much prefer Polt).

In Group D, Bunny concluded our day on a high note, with an assured 2-1 victory over Welmu. It was a weird series, in which Bunny largely outplayed his opponent throughout, but threw away game one with a series of bad ideas that unfortunately all happened in a row. However his decision making was spot on in game two to come out well ahead in a dangerous situation, and in game three our Danish terran again made all the right moves to take the match comfortably.

Bunny is the heaviest favorite to advance among the Liquid players at this stage. He is favored against mYi.Kane, his opponent in the winners match. He's favored in a rematch vs Welmu. And he's favored against the Taiwanese protoss Has, although whether anyone can truly be favored when playing the most clever cheeser around is an open question. Regardless, the numbers make it clear that Bunny has a large edge over his prospective opponents. In 2014, no non-Korean was better against other non-Koreans than Bunny. There's no reason that won't continue in 2015.

The groups will start playing themselves out on Saturday at 09:00 GMT (+00:00). Get ready for a full day of high stakes SC2 action and be ready to cheer on Liquid!