March 30 2015
Every week, Team Liquid will supply you with their pick for the G2A Game of the Week, which you can buy at an extremely discounted rate thanks to the G2A Weekly Sale. This week, we’ve chosen the freakin’ fun yet crazy Bioshock Infinite. You can get it right now at www.g2a.com/weeklysale for $7.60, a whopping 65% off its usual price.

Bioshock Infinite is wonderful. Every single person who can play it, should play it. It's a fascinating adventure in a genuinely unique place. But the plot really does jump the gun… a lot of guns. That's not uncommon in cinematic first-person shooters though. That adrenaline rush is something shooter fans come to expect from their campaigns.

Now get this, you're on a flying city in 1912, and that drops to being only the fifth most puzzling thing about your situation. What's with the giant cyborg bird? What does AD stand for? How does he know... why does she think... when did they... why can I shoot crows from my hands? And how do these pants help me reload? You’ll run into a lot more question in-game, don’t worry. 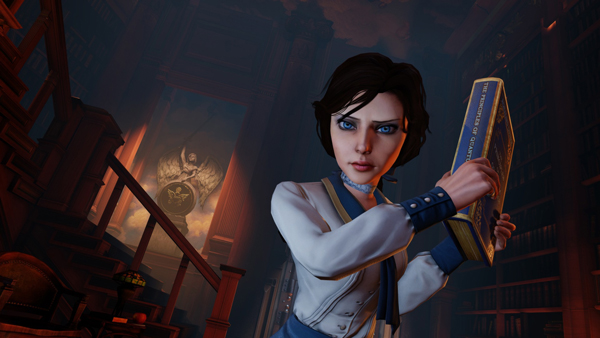 Really, it's just a pleasure to have a game this substantial to explore – and one that gives you the breathing room to do so. You still spend a lot of time killing things, but it knows when to give you space. You get to know Columbia as a tourist: a dazzling dream of an impossible city in an impossible place – tranquil, prosperous and happy.

Early on, the times when combat does break out are the low points. There seems to have been a rule against adding any exotic weapons, so Infinite's guns stick to convention: pistols, shotguns, three types of machinegun, rifles, grenade launchers, and a rocket launcher. None of them let you choose an ammo type the way BioShock did.

Bu don’t panic, customization comes in the form of Vigor and Gear; you acquire magical abilities by downing Vigors, which come in beautiful custom bottles relating to what they do. A lot of the early ones just let you disable and damage a group of enemies – by swarming them with crows, setting fire to them, or floating them into the air. 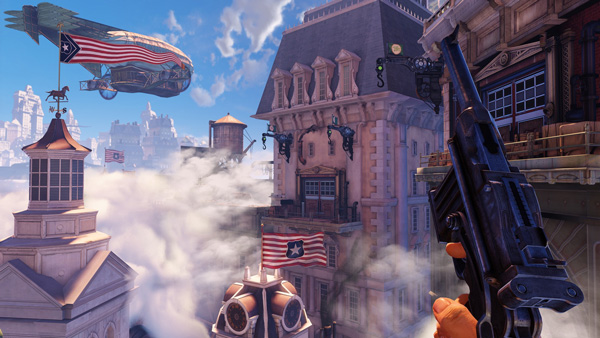 You can then tweak your abilities with Gear. I also carry three magical hats, two spare shirts, a spare pair of shoes, and I've now upgraded to pants that make me explode when I land from a great height. Unique combinations of gear and vigor make for great combat combos.

Overall, Infinite combines an awesome story-driven narrative with sick combat mechanics. While it’s not as subtle of a game as previous installments in the franchise, the game’s sense of wonder is kept and every moment of the game is an adrenaline rush.

Writer // Ken Serra
Please log in with your teamliquid.net account to post a comment.
League of Legends   Building to New Heights: Steve's State of NA "If we can really leverage the infrastructure that a handful of teams in the LCS have built, then I think we’ve got a real shot at a World championship."
League of Legends   Kold Puts the Pieces Together "Coaching is about making sure that the players get the credit they deserve."
League of Legends   Cain: The Man Behind the Super Teams If you’re a Team Liquid fan, Cain’s departure should stir something in you. It should make you feel. Nervous. Sad. Curious. Nostalgic. Excited. Strange. Awed.
StarCraft 2   Climbing the Mountain: Introducing Liquid Kelazhur Humble, kind, brilliant, and one of the best Terran's on the planet — we're proud to announce that Diego "Kelazhur" Schwimer is the newest member of Team Liquid's StarCraft 2 team.