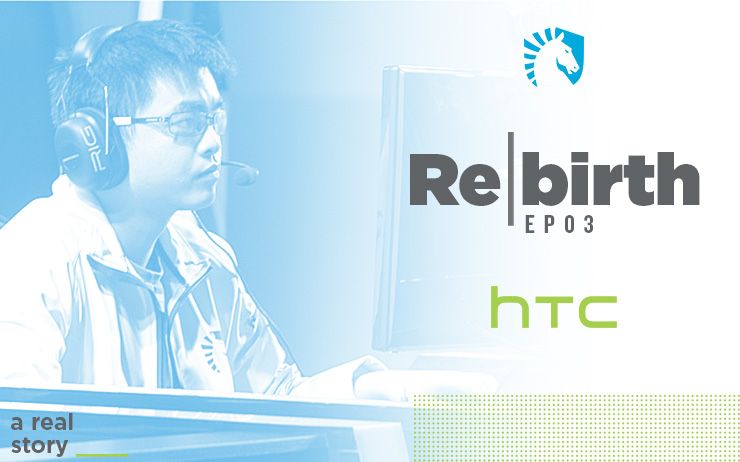 Episode 3 of Rebirth takes off during week 7 of the NA LCS. Piglet is now back in the line-up and despite having ample recuperation time, the team fails to perform, dropping 2 games against Team 8 and Team Impulse. What is it about Piglet, who is now 2-6 with the team, that prevents the team around him from performing as well as they do with Keith, who holds a stunning 5-1 record on the bench?

Through Rebirth, you’ll get to see a more behind-the-scenes look of our team both in and out of the Rift. As Team Liquid tries to understand the current situation of their games, you’ll get to see more of what makes Piglet tick as a player and will follow Xpecial and FeniX as they meet the demands of a pro gamer.

Please log in with your teamliquid.net account to post a comment.
League of Legends   Building to New Heights: Steve's State of NA "If we can really leverage the infrastructure that a handful of teams in the LCS have built, then I think we’ve got a real shot at a World championship."
League of Legends   Kold Puts the Pieces Together "Coaching is about making sure that the players get the credit they deserve."
League of Legends   Cain: The Man Behind the Super Teams If you’re a Team Liquid fan, Cain’s departure should stir something in you. It should make you feel. Nervous. Sad. Curious. Nostalgic. Excited. Strange. Awed.
StarCraft 2   Climbing the Mountain: Introducing Liquid Kelazhur Humble, kind, brilliant, and one of the best Terran's on the planet — we're proud to announce that Diego "Kelazhur" Schwimer is the newest member of Team Liquid's StarCraft 2 team.