Every week, Team Liquid will supply you with their pick for the G2A Game of the Week, which you can buy at an extremely discounted rate thanks to the G2A Weekly Sale. This week, we’ve chosen the swash-buckler’s dream, Assassin’s Creed IV: Black Flag. You can get it right now at www.g2a.com/weeklysale for $8.49, a whopping 59% off its usual price.

How far can you stray from home before it's impossible to ever return? That's the question at the heart of Assassin's Creed IV: Black Flag. It's something that plagues Edward Kenway, the game's hero, as he explores the Caribbean in search of wealth and the dream of returning to England. The open sea is a difficult thing to resist. And who can blame him? Because after this stunning and beautifully realized tale of adventure on the high seas, it's hard to imagine the Assassin's Creed series returning to its landlocked roots. 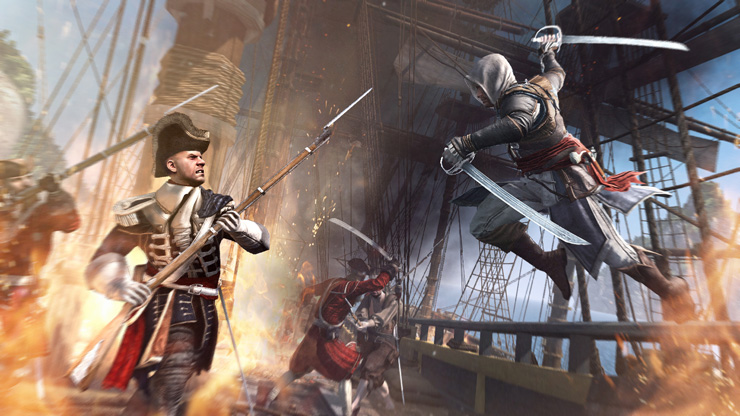 The world of Black Flag is nothing short of awesome. It holds the most expansive setting in the history of the franchise. Cities like Havana and Nassau reflect the series' trademark attention to detail, from the stonework cathedrals of the former to the ramshackle taverns of the latter. Then there are the remote islands and underwater shipwrecks waiting to be explored.

What makes Black Flag so special is the way it captures the thrill of sailing the open sea. It's more than the spectacle of a humpback whale leaping into the air and spraying the deck of your ship, or the sound of your crew breaking out into a sea shanty just as the sun is beginning to set across the horizon. It's the feeling that there's always something out there to be discovered, rewards waiting to be captured no matter who's standing in your way, even if that means fighting through some dirty land-lovers.

Despite the presence of pirates and scoundrels, the world of Black Flag is a gorgeous one. The Assassin's Creed series always had a knack for establishing a sense of place in its dense urban landscapes, and Ubisoft hasn't missed a step in applying that toward the islands and jungles of the Caribbean. 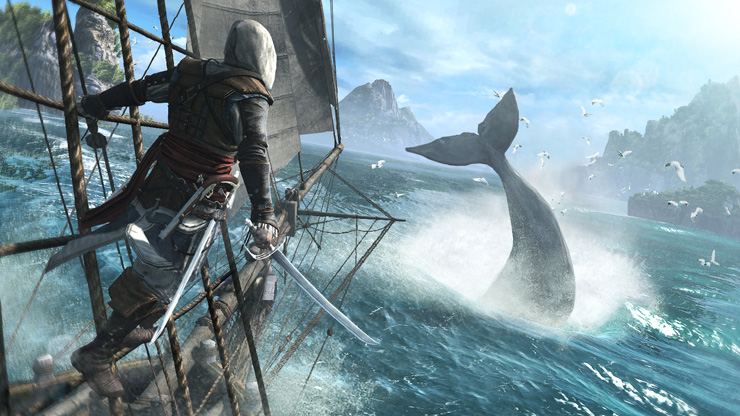 In all honesty, Black Flag is among the best in the Assassin’s Creed franchise because of its change of pace from the usual linear assassin role. It really does put you in a cool, pirate-themed world and you’ll spend hours just fiddling your feet around sand and launching cannons at your adversaries in the high seas. If anything, it’s worth the $8 down at G2A so you should pick it up.

Writer // Ken Serra
Please log in with your teamliquid.net account to post a comment.
Dota 2   Last chance at Aegis: TL coaches gear up for LCQ After an endlessly up-and-down 2022, Liquid Dota has one last chance to make it to TI. Two spots on the line in one of the toughest events of the year, Liquid’s Dota coaches - Blitz, Jerax, and Jabbz - prepare the team to not only beat an insane gauntlet of enemies, but to beat their own inconsistency. The interview also includes thoughts on mid lane, patch 7.32, and the meta heading into TI.
The Liquid Review: September 2022 Franchising in Valorant, heartbreak in League, YEKINDAR in CS... It's been a busy month in Team Liquid. Catch up today with September's Team Liquid Review!
League of Legends   Eyes on Worlds: Midbeast fills you in on LPL and LCK One of the best things about any esports title is international tournaments. All the regions coming together, the styles, the pride, the best-of-the-best, all clashing in one arena… it’s both competition and celebration, and nothing showcases that better than Worlds. League of Legends’ biggest event is already pretty exciting, but in 2022 it’s set to come back to North America for the first time in six years, bringing with it a return to live crowds. It’s so hype that by the time it rolls around, you’ll probably have forgotten your 4th place blues.
League of Legends   Farewell Guilhoto, farewell superteam As we say goodbye to Guilhoto, we want to also say goodbye to the superteam. This farewell is an interview conducted by Ben Zieper and CoreJJ and a reflection on the entire year. It's an article that reflects Guilhoto's own candor and openly discusses the issues within the split and how the superteam reached less-than-super results. If you want to know what happened, you'll want to read the article.