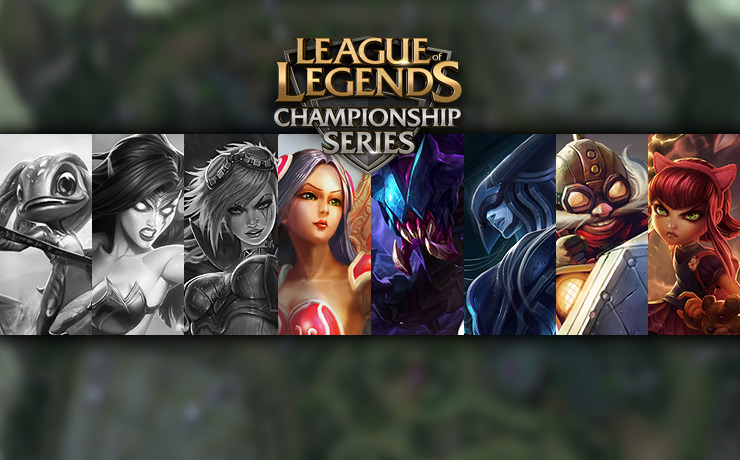 Team Liquid had to face Team Solomid. TSM sat on a dominating 7 wins & 1 loss record. We were sitting at 4 wins, 5 losses and we had a substitute ADC. Quite frankly, all the odds were against us, but no one ever expects the second coming of le toucan.

In what might be the greatest League rendition of the Alamo, Team Liquid would eventually break through the gates of TSM’s walls and secure a win for themselves in a heart-pounding 53-minute backdoor victory. A good game overall, this rematch between TL and TSM is one to watch.

The Team Compositions were clear

Sometimes, you can cycle back and look at team compositions and champion selection as the deciding factor in a win or loss; Team Liquid had issues here in their match against WFX. However, both teams going in to the Rift had very clear compositions and goals: TL ran a very bursty-pick composition and TSM ran an AoE orientated hyper carry composition—anyone could win.

As you can see, Team Liquid’s composition goal was quite simple: get Quas going and kill Bjergsen. We had all the tools we needed to wipe any one person off the face of Runeterra and for the most part, it was going to be the great Dane himself… Then Wildturtle happened, but I’ll explain further down the line.

For the first time in a while, Team Liquid held dominant dragon control all-game long. We utilized our pick-composition perfectly, opting to annihilate at least one member of TSM (typically Dyrus since Bjergsen just wouldn’t die) and securing the dragon with the 5v4 threat. By the end of 40-minutes, we would hold 5 dragons (and more…) to TSM’s zero dragons all through-out the game.

Dragon was not enough, as many hard engagements would result from the desire for dragon-side control. TL opted to take more and earned themselves an ace and a secondary midlane tower at the 28 minute mark.

Quas, the threat we deserve

Team Liquid would not have had the early advantages without the threat of Quas’ Irelia.
“With Keith coming back, we definitely have a bigger focus on Quas playing champs with good split-push and carry potential,” Head Analyst Mark Zimmerman told Team Liquid Pro.

The frontline damage potential Quas had applied a lot of pressure. It gave him split pushing power and anyone who got in his way would just die. Dyrus’ rumble can attest to this.

Team Solomid’s base looked like the aftermath of Godzilla vs King Kong. There was nothing left. Super minions poured in from every lane and it wouldn’t be long before Team Liquid would close the game from simply pushing inside with minions. Unfortunately, we did not account for G.I freakin’ Turtlenator who would dump buckets of late game damage onto the TL squad.

Despite our win, you have to hand it to TSM Wildturtle. His entire team rallied behind him as he made a opened up the possibility of a TSM Victory despite being down all three inhibitors; one penta kill and a quadra kill when death timers are beyond 60 seconds had TL fans biting their nails.

It was incredibly clear we weren’t going to win without a methodical play (reads: Kill Wildturtle), so we opted to utilize the Rek’sai ultimate with an Irelia teleport to close the game after a well-planned bait from TL at the Baron pit to draw TSM out.
Honestly, this win for TL was far from perfect. We had the lead every step of the way and there’s very little reason to allow even a chance at a comeback with Baron, Dragon Aspect, and three inhibitors down. But you know what? We beat the number one seed. Let’s just enjoy that, shall we?

-WE WON!!!! AGAINST TSM!!! H’WUT!?
-Having Quas on a carry champion is a breath of fresh air
-Keith did pretty well
-We can use this game to learn more about our team (53-minutes of data, yo.)