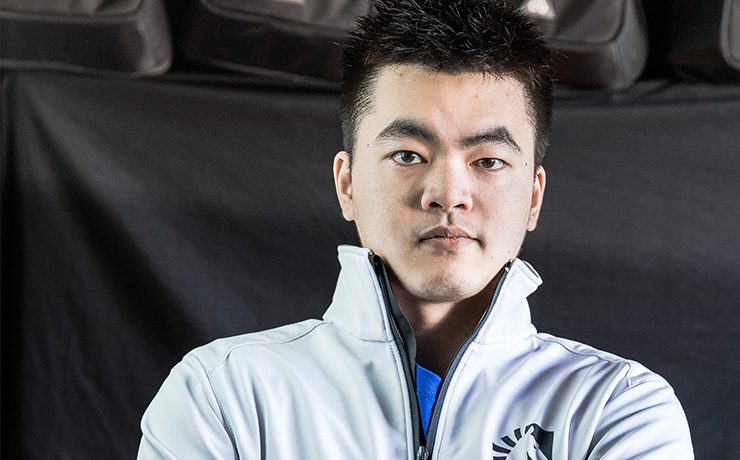 Our Alex "Xpecial" Chu was interviewed by MCV about his career in League of Legends, how different titles rise and fall, and the future of competitive players.

Alex ‘Xpecial’ Chu is a member of professional gaming side Team Liquid – and, as such, is one of the best League of Legends players in the world. MCV talks to him about his career playing games competitively.

“Anything that I put my effort into, I want to be one of the best in,” so says Alex Chu of the personal drive that led him to become a professional gamer.

Now known as ‘Xpecial’, Chu is renowned as one of the best support players in League of Legends – meaning his task is to boost his teammates’ stats with spells and abilities during matches.

Interviewer: Matthew Jarvis
Graphics: shiroiusagi
Please log in with your teamliquid.net account to post a comment.
Welcome Kaymind to Team Liquid: Press F To Boost We are thrilled to announce that Kaymind will be joining our PUBG team! He is one of the most talented PUBG players in the world and has proven that time and time again. We can't wait to see him play under the TL banner.
League of Legends   Team Liquid Partners with Esports Charts You thought 2019 was our year? With our new partners, Esports Charts, 2020 is looking to be even bigger. With the leaders in esports and streaming viewership data on our side, we’re looking to not only win more games, but gain more viewers and grow our amazing fanbase like never before.
Smash   A Visit From St. Puffolas St. Puffolas has visited the AWTF. What did she bring Team Liquid for Christmas?
CS:GO | PUBG   Liquid Beauty: Crosshairs Finale Counter Strike, Fortnite, PUBG, Rainbow 6, Apex Legends. These games all have one thing in common. Headshots. The headshot is the pinnacle of the competitive shooter, a moment where style, skill, and confidence meet inside the reticle. We're here to prove you can look damn fine while doing it in this iteration of Liquid Beauty.