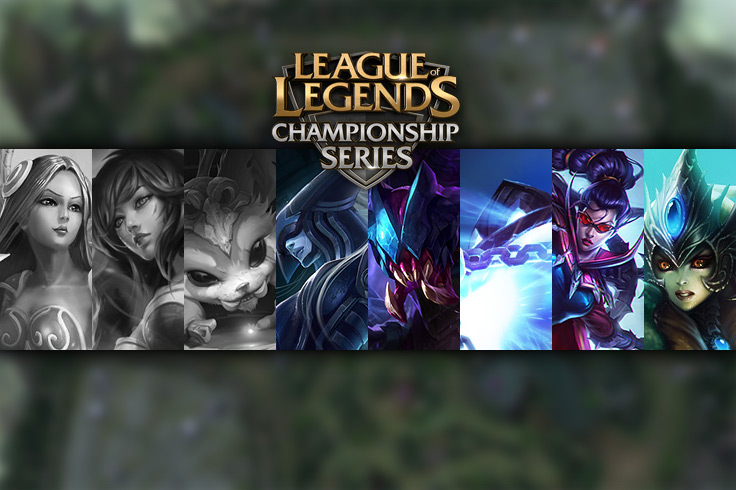 After a rough week against both TSM and Cloud 9, Team Liquid would head onto the Rift against Team Coast, a team who echoed our 0-2 record in week 2 of the LCS. While none of our opponents are to be underestimated, week 3 would bring an easier series of matches for us to put us back into the groove.

After effective methodical play and utilizing a composition built around Piglet’s comfort pick, Vayne, Team Liquid would take out Team Coast in a convincing fashion with a 16k gold lead at the 42-minute mark.

A Comfort Pick for Piglet

Last week, Team Liquid’s champion select was not at its best. Utilizing team compositions built around a lane swap never worked in our favor. This time however, not only did we give Piglet his comfort pick in Vayne, we built a team around him with Lissandra, Nami, Xerath, and Rek’Sai and utilized our team composition to force Team Coast into worrying about the lane swap themselves.

“Piglet is one of the big carries and we really want to exemplify that,” said Alex ‘Xpecial’ Chu to Riot Games. “Our two v. two is very solid but generally, we kept avoiding 2v2s but as you can see, we’re really good with using clear advantages in-lane and Piglet can really carry that advantage into mid and late game.”

Piglet and Xpecial’s Vayne & Nami lane basically had their way with the Sivir/Morgana lane. That was a good sign for us as the strength of Vayne--especially on a player known for using the champion-- is amplified the longer the games goes on. Team Coast was desperate to put farm onto Sivir, eventually swapping lanes with Sion, which in the end was no better. Sivir became gold starved. Vayne grew stronger. The clock was simply ticking in our favor.

Slow and steady wins the race

Team Liquid was dominant all through-out the game. Vayne continued to grow stronger and the team built around her began to grab more items. Quas showed his Lissandra was not to be laughed at, taking on both Jarvan and Sion in the botlane in 2v1.

Despite the clear advantage in map control, champion power spikes, and gold, Team Liquid took it slow and bled Coast out by taking everything and raiding their base for all its worth. While some can argue it’s better to take full advantage of the lead and push on, TL had nothing to lose with a Vayne growing stronger with each passing second and pushed the gold lead to 16k.

It was just a clean win

While Team Coast is not on the same level as Cloud 9 or Team Solomid, the match-up showed Team Liquid can do a lot with Piglet on a comfort a pick. While there was a reliance on Piglet’s mechanics, with him split-pushing as the team began to control lanes and other areas of the map, Team Liquid knew when to come together and never gave-up their substantial lead to Team Coast’s heavy engage composition. Not even a little bit.

Writer: Ken Serra
Graphics: shiroiusagi
Please log in with your teamliquid.net account to post a comment.
Liquid+ Is Where Our Fans Connect We're embarking on a new adventure. And it's all about you.
Liquid VALORANT VALORANT caught the world by storm the moment beta keys dropped this past April. It was the perfect fusion of FPS gun-play and ability based combat you expect to see in a MOBA. Now, we proudly introduce Liquid VALORANT to the world!
CS:GO   Stronger Together - Pasha Joins the Stream Team The man, the myth, the legend — PashaBiceps joins Team Liquid's stream team!
CS:GO   Welcome Grim to TLGO We're excited to announce that Grim is the newest member of Team Liquid's CS:GO squad!