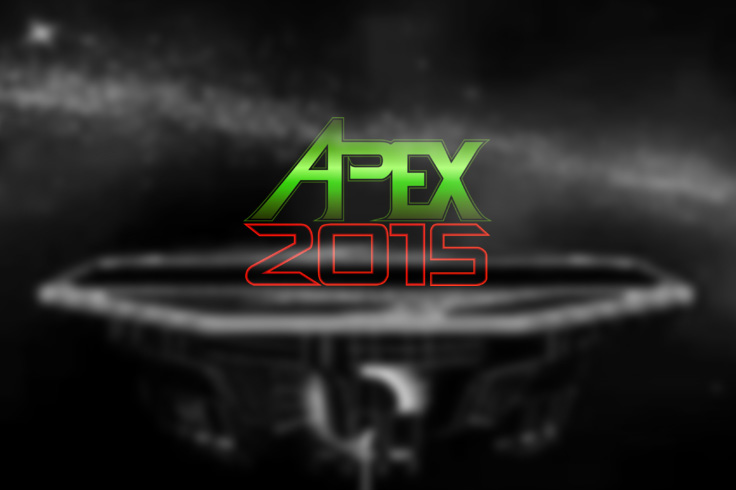 Despite today’s slow start, Team Liquid is at APEX 2015 and ready to take some names! This is the first event that will have the entire Fighting Game Division together at one tournament, and several members of Team Liquid are poised to make a big splash during this weekend.

Ken, Chillin, Hungrybox and KoreanDJ are all competing in Melee this weekend, while Chillin and Ken are both participating in the highly-anticipated Salty Suite. Ken is facing off against an old-school rival PC Chris – the two of them used to fight for top spots during MLG events in 2006, and are back to settle the score. Ken is excited to get at his old sparring partner. He told TLPro, “PC returning has motivated me to play more Melee as of late and has re-lit some of the fire that I had in ‘06.” KDJ is also excited to see Chris play, and “…[is] interested in seeing how he performs after such a long hiatus. I feel like there's a generational understanding amongst veteran players like myself, Ken, Chris, Chillin, and others, and despite how we do, it's amazing to see how far the new generation has come.”

Chillin, on the other hand, is on much less amicable terms with his opponent, Leffen. The two have been feuding for years, and while Chillin is considered the underdog, he has some strong words for his opponent: “Get ready to learn some respect.” Expect to see some hard-hitting play when the two of them face off tomorrow night.

Hungrybox is also raring to go off of his recent win at Paragon, where he beat several top players on the way to an undefeated tournament. Widely considered top 5 in the world, some feel he has a strong chance to take the whole tournament despite the huge amount of worthy competitors at APEX. Expect to see him deep into the final rounds!

NuckleDu is also competing in Street Fighter as our lone FGC representative. He’s ready to go, and unconcerned about anything but winning. “I don't have much info as to who is in my pool but I usually don't stress about that. I'm mostly concerned about myself, that I play on the best level that I can when the time calls for it,” he says.

We’re excited for the tournament to start in earnest, and hope you will tune in to support Team Liquid! Keep an eye on the Apex Twitter at @Apex_Series for the official schedule, which should be released very soon. Happy Apex weekend, everyone!


Writer: Barrett Womack
Graphics: shiroiusagi
Please log in with your teamliquid.net account to post a comment.
Dota 2   My Moment by Taiga That moment was one of many to come.
League of Legends   Tactical: The Rise of a Carry "I want to become a more dominant player."
League of Legends   CoreJJ: Death Of Pride // Birth of Skill "If I lose many games, I'm gonna keep playing till I win. If I win enough games, then I just watch Netflix or YouTube."
League of Legends   Jatt: Beating the Team in Front of You "Your preconceived notions of Worlds doesn't matter. What matters is beating the team in front of you."