Back-up Plan: An Interview with miKnutty 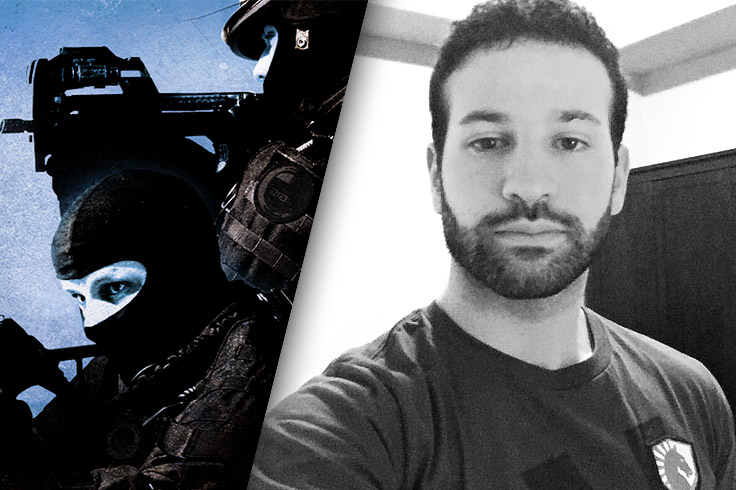 While Liquid`CS:GO are in Denver at Clutch Con, one member of the squad is not with them. That's Michael 'miKnutty' Vitaterna, who holds the unappreciated role as substitute. What does it mean to be an official sub? What are his responsibilities? How did he get that position?

We spoke with the man himself about both his role and also his perspective on the team from his unique vantage point.


Hey, how are you doing?
I'm doing great!

So tell us about yourself.
My name is Michael Vitaterna and I live in Ontario, Canada. I'm the substitute player for Team Liquid's CS:GO division. When I'm not gaming, I work full time as a Junior Estimator for a general contracting company here in Niagara Falls. I'm an extremely active person. I head to the gym daily and currently I am playing soccer semi-professionally here in Ontario. You could say I'm a very competitive person with my sports background and I bring the same attitude into CS:GO.

How did you become a sub for Liquid?
I've been playing with daps, FugLy and NAF for over a year and a half now. We all moved up the ranks from ESEA-Open to Main and then finally into ESEA/CEVO's professional divisions at around the same time where I played on a team with daps for two seasons. Unfortunately I had to quit playing fulltime around 9 months ago due to work restrictions, but now that I have a new job I am once again able to play more frequently. When daps offered me the position as a backup for Team Liquid, it seemed like the perfect role for me since I am familiar with his in-game calling style and have good chemistry with the rest of the players.

What is your role on the team day-to-day?
Basically as a backup I hold my self accountable for being able to step in whenever the team needs me and to perform at the best level I possibly can. This requires me to practice daily making sure my aim and positioning are up to snuff. Personally, I consider myself to be a motivator and somebody who's able to make the guys laugh whenever situations get a little tense.

I also support the team in other ways, posting news updates on my Twitter and Facebook accounts and answering any general questions members of the community might have in regards to the status of our team and future events.

What is your role in practices?
One thing I always do is watch match play with our coach "Warden" trying to analyze any mistakes we see during match play that we can bring up to the guys afterwards, hopefully finding solutions to any problems we see.

As both an outsider and an insider, how would you evaluate Liquid as a team?
As an outsider, looking at our starting five you could make an argument that on paper they are one of the top 2 teams in North America currently but still have some growing to do being a relatively new roster. As somebody who knows these players individually and knows what they are capable of, I personally think they can be the number one team in North America by mid to late 2015. As long as they put the time in and practice this can definitely be achievable. Attending X-Games in Aspen was a great experience for us playing against teams like Fnatic and LDLC. Even though we lost it shows you what it takes to become a great team.

Without giving too much away, give us your assessment of the team's strengths and weaknesses.
I could definitely talk with you about the teams strengths.

Individually we have some of the best riflers in north america in nitr0, FugLy and NAF. A hybrid style of calling with daps and adreN which sometimes creates very effective mid-round strategies that allow our team to overcome odd man situations. One of the things Warden has brought is experience as a coach being around Counter-Strike for over 10 years. I used to watch him play at the highest level when I was just getting into Counter-Strike 1.6 so as you can imagine he's seen it all. One big point I've seen him bring up recently is to make sure you keep everything calm and constructive when you are talking to one another because as soon as things become toxic, individual gameplay starts to suffer. The guys have done a great job of this recently and have been rewarded with back to back wins in ESEA.

What's the current state of the NA scene? What can be done to improve?
Currently the NA scene is totally up in the air after the recent bans handed out by Valve. The number one spot is now up for grabs and you are going to see teams like Cloud 9, Counter Logic Gaming and ourselves (Team Liquid) all fighting for that number one position in the upcoming CEVO / ESEA Lan Championships!

Thanks so much for taking the time to speak with us!

Be sure to follow Liquid at Clutch Con, where there have been some delays, but which still promises a great weekend of CS:GO action. For updates, you can follow @TeamLiquidPRO. Be sure to follow miKnutty as well for his perspective on Twitter and Facebook!


Writer: ]tree.hugger
Graphics & Format: shiroiusagi
Please log in with your teamliquid.net account to post a comment.
Dota 2   My Moment by Taiga That moment was one of many to come.
League of Legends   Tactical: The Rise of a Carry "I want to become a more dominant player."
League of Legends   CoreJJ: Death Of Pride // Birth of Skill "If I lose many games, I'm gonna keep playing till I win. If I win enough games, then I just watch Netflix or YouTube."
League of Legends   Jatt: Beating the Team in Front of You "Your preconceived notions of Worlds doesn't matter. What matters is beating the team in front of you."