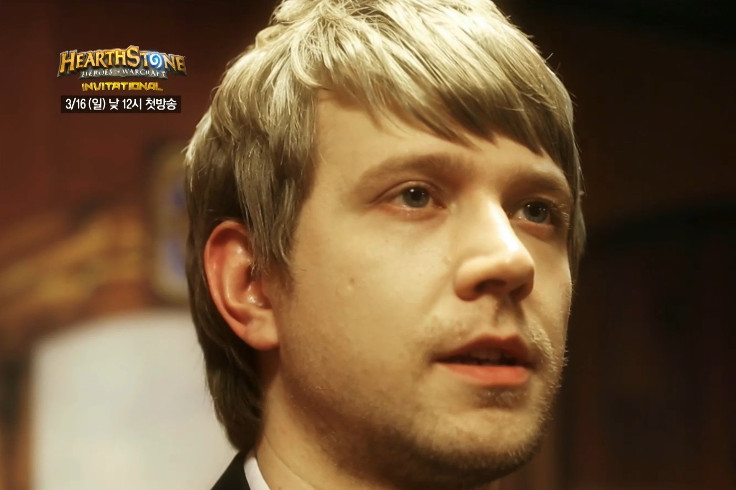 Savjz is on fire. After qualifying for the ESL Legendary Series Finals less than a week ago, Savjz also took first in the All-Star

Inven Invitational. Although the tournament only featured four players, they were all huge names and thus it was one of the biggest tournaments ever hosted by a Korean organization. Savjz, Reynad, and Kolento from the Western scene came together with the biggest Korean name in the Korean scene, RenieHouR, to fight it out till there was only one.

Savjz went undefeated throughout his entire run, beating Reynad, ReineHouR, and then Reynad again in the grand finals in order to secure his victory and add yet another tournament win under his belt. For Savjz, the highlight of his tournament was probably the use of his Mage deck, a sort of value Echo Mage, the likes of which we've never seen before. It featured Echo of Medivh, Kel'Thuzad, Enhanco-o-Mechano, and just lots of generally good minions. You can see the results for yourself: 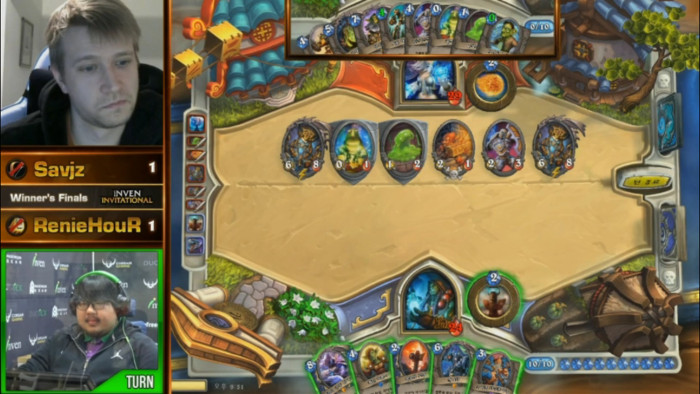 Not a bad board, goes Savjz

Below you can find Savjz's entire run and the decks he used to win the tournament. You can also view the entire tournament on Twitch on monk's channel. The week isn't over yet however! You can catch our entire Hearthstone team consisting of Savjz and Neirea this weekend as the play in the Kinguin For Charity tournament casted by monk. More information can be found here on LiquidHearth. 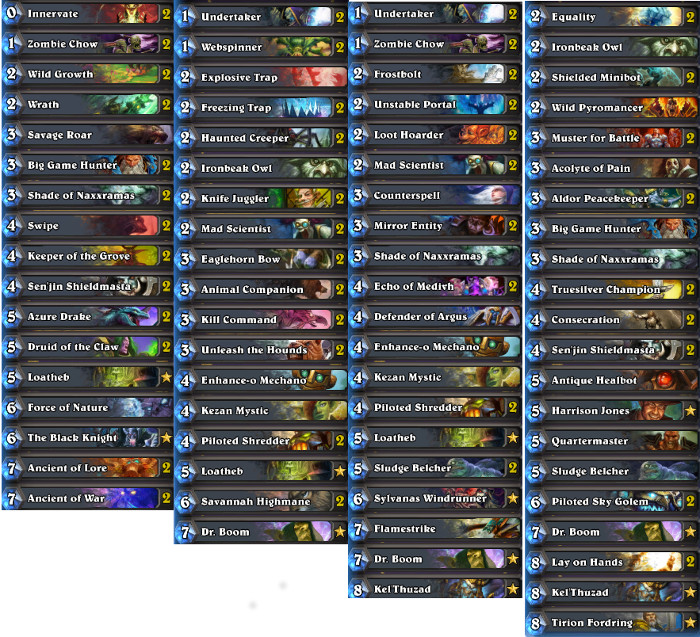 Writer: monk
Graphics Credits: OGN
Please log in with your teamliquid.net account to post a comment.
League of Legends   POTM: Tactical | Set the Mind to Automatic “[Worlds] forced me to realize how much of an importance it is to focus on the small details - like small mechanics of laning,” Tactical says.
AW X TL: The Legacy Duo Start Their Second Act For nearly 10 years, Team Liquid and Alienware have partnered to stretch the limits of competitive gaming.
League of Legends   Santorin’s True Calling Despite the Struggle "I’m super competitive by nature. Whether I win or lose, I just love competing. That’s why even though I went through so many hard times where I wouldn’t win for years, I still loved competing."
League of Legends   Professional Carry: Yeon Gets It Done " If the fight requires me killing someone for my flash or the fight requires me to stay alive the entire fight, I’ll just do whatever it takes to win that fight."