Ready or not, Liquid`CS:GO heads to MLG Aspen 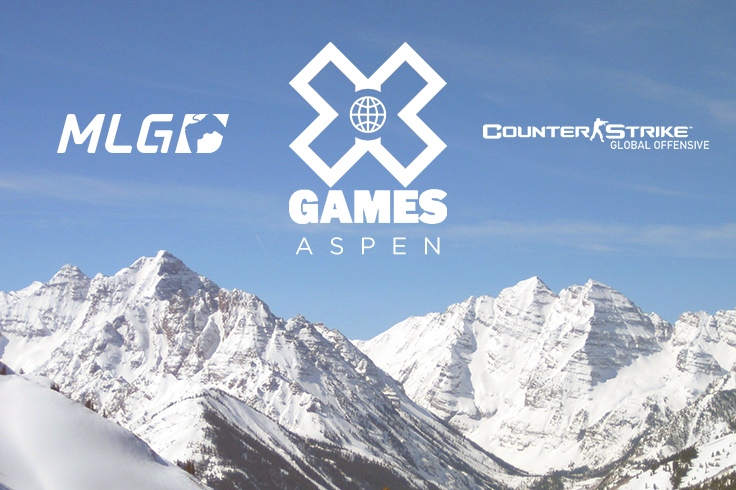 Like a bolt from the blue, Liquid`CS:GO has been granted an incredible opportunity this weekend at the MLG Aspen Invitational, held in conjunction with the Winter X Games.

The $50,000 tournament will mark Team Liquid’s first LAN appearance under the TeamLiquid banner and also the first LAN of the year for all the teams involved. Nobody on the team was prepared to go, but it all came together on short notice after the ex-iBUYPOWER team, (currently playing under the name of Clutch Cats), announced a surprising withdrawal from the tournament. Considered by many the best team in North America, Clutch Cats had qualified for the tournament last December, but have been harried by allegations of match fixing which recently resurfaced. Team Liquid will have massive shoes to fill, being a new roster with new sponsorship.

It will be even tougher, as the team will assume Clutch Cats' position in the group of death. There, they will face the Swedish squad Fnatic, renowned as the world’s #1 team. Next, Counter Logic Gaming, a strong top-tier team from North America that also won a qualifier and has been turning heads left and right. Finally, LDLC, the French outfit who were the winners of Dreamhack Winter 2014 and also considered among the very best. No doubt, Daps, Fugly, adreN, NAF, and nitr0 have their work laid out for them. With this group, Team Liquid are the underdogs of this tournament and will be hard pressed to advance.

With their first match (and the opening match of the tournament) being against the best, this will be a baptism by fire. How well prepared can the team be on short notice are when playing against the best teams in the world? How well can the team play together at their first LAN? Even though that is a tall order for Team Liquid to overcome, they do have the potential to make some surprises in this tournament. This is a team with potential that time will bring out. But recent performances against other more highly ranked teams have been promising. Also, we must not forget to consider the fact that this event is on American soil which has always favored American teams in the past (for example this team’s and ex-iBUYPOWER’s run during ESEA season 17 LAN finals, which resulted in surprise fourth and third places respectively). Any help that Team Liquid can get will be greatly appreciated by them coming into this weekend.

All eyes will be on those new players. Leading the team with his expertise and international experience is the newly full time professional and AWPer, adreN. Having already competed in multiple majors under different teams in both CS:GO and CS:Source, adreN is no stranger to high stress environments that the LAN tournaments provide, especially the ones of this caliber.

Liquid`adreN:
I really look forward to competing in Aspen this weekend. It's exciting to see MLG dive into CS:GO and this will definitely be an interesting first event for them at the X Games. The team is super thrilled to have been invited, even at the last minute, and we hope to make the best of it.

Supporting him will be nitr0, a player with a recently troubled history but will be out hungry for blood. nitr0 is a rising star that got a chance to play on iBUYPOWER for DreamHack Winter, but got quickly dropped from the roster. Coming this weekend, he will be hungry for blood and to prove to the world that he has what it takes to tango with the top teams in the world. Using the experiences gained from DreamHack and the ESEA LAN final, expect nitr0 to be more comfortable in a LAN with high stakes on the line, and to see his rifling skills in action.

Rounding out the Team Liquid squad are three excellent players, Fugly, NAF-FLY, and team captain Daps. All are rising North American stars and have been playing together for some time under various team names and brands. Their team chemistry is on point and following their excellent performance at ESEA, they will be looking forward to the X Games representing Team Liquid on the international stage.

Liquid`daps:
We are grateful for this spontaneous opportunity that has been given to us a couple days before the event starts in Aspen. Although I do not have time to prepare our team the way I did for ESEA LAN, this event will help our team build the much needed chemistry we are looking to find after our team's roster changes that happened a few weeks ago.

NAF-FLY is a monster player on LAN, look forward to his high impact plays in Aspen

Experience vs inexperience, familiarity vs unfamiliarity. These are the issues that challenge every team. What's different about this weekend is how sudden it is. Truly, the team will be thrown into the fire at the X Games. How they'll respond is anyone's guess, but regardless of results, this will be a key weekend in the development of this team.

Can the team shine through? They will have a tough road ahead of them, especially when playing against teams that are among the best in the world, but if they can put together their experience and expertise in the right way, they have the ability to perform on par with the rest.


Writer: amazingxkcd
Graphics & Format: shiroiusagi
Please log in with your teamliquid.net account to post a comment.
League of Legends   POTM: Tactical | Set the Mind to Automatic “[Worlds] forced me to realize how much of an importance it is to focus on the small details - like small mechanics of laning,” Tactical says.
AW X TL: The Legacy Duo Start Their Second Act For nearly 10 years, Team Liquid and Alienware have partnered to stretch the limits of competitive gaming.
League of Legends   Santorin’s True Calling Despite the Struggle "I’m super competitive by nature. Whether I win or lose, I just love competing. That’s why even though I went through so many hard times where I wouldn’t win for years, I still loved competing."
League of Legends   Professional Carry: Yeon Gets It Done " If the fight requires me killing someone for my flash or the fight requires me to stay alive the entire fight, I’ll just do whatever it takes to win that fight."