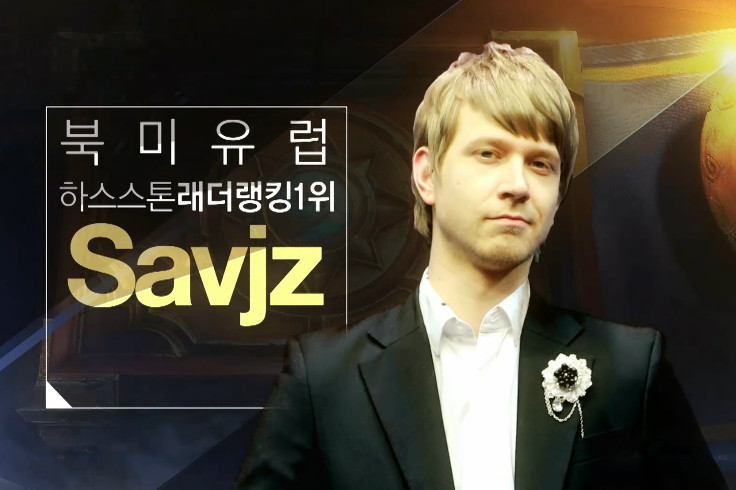 In just a few short hours, our own Liquid'Savjz will play in an star-studded Korean all-star tournament hosted by the Korean esports site/organization, Inven. The four invitees include famous Western players, Liquid`Savjz. C9.Kolento, and TS.Reynad as well as the most notable player in the Korean scene, SK.ReineHouR. Now, I'm sure that most Hearthstone fans are familiar with Savjz from a Western perspective, but what's the perception that Koreans have of him? I asked a few Korean friends for some input. 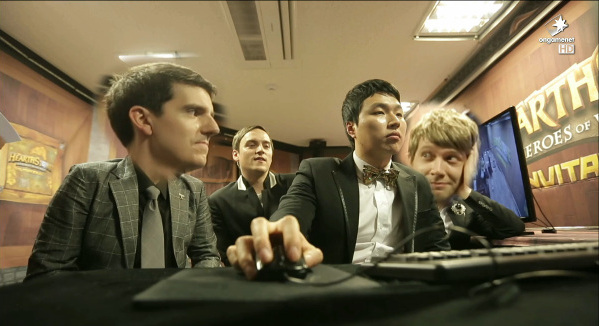 Savjz exchanging some looks with Artosis at his first Korean event

Savjz may be one of the most popular players in the western scene, but Korean Hearthstone fans actually hold Savjz in higher regard than westerners do. For one thing, Savjz won the first ever big Korean Hearthstone tournament, the OGN Hearthstone Invitational, doing so in quite dominant fashion against all his opponents. The final bracket stage, in fact, had him going 4-0 against both his opponents.

Savjz also did extremely well in another Asian tournament, the Hearth2p EU vs CN Masters where he won the European portion of the tournament and went on to lead his team to stomp the Chinese team 4-0.

As far as classes go, Koreans know Savjz mainly for his Shaman play, often regarding him as the best Shaman player in the world. This may seem strange for Westerns as we probably most know him more for playing Druid, Rogue, or Midrange Hunter. However, his Shaman reputation in Korean can be partially attributed in part to his Shaman play at the OGN Invitational. During the team portion of the competition, Savjz was sent out as the ace player with his trusty Shaman to face off against Hafu from the opposite team. Savjz soundly defeated her, securing the match point for his team, "The Giants".

Then there's his tournament-winning Double Doomhammer Shaman deck that he piloted at SeatstoryCup II(going a combined 10-0 in that tournament). The deck was one of the most innovative at that time in a metagame that seemed to have been "figured out"; it completely astounded all the casters, especially Savjz's former Dogehouse teammate, Artosis (Special shoutout to Chakki who originally engineered the deck.). Savjz's decision making was impeccable throughout the entire tournament, especially with the Shaman deck, which gave him his reputation as a Shaman king in Korea.

Savjz's opponents in the upcoming tournament will be as follows:
Come see Savjz play against all these fantastic players in the Inven Hearthstone Invitational at 10:00 GMT (+00:00).

Writer: monk
Graphics Credits: OGN
Please log in with your teamliquid.net account to post a comment.
League of Legends   POTM: Tactical | Set the Mind to Automatic “[Worlds] forced me to realize how much of an importance it is to focus on the small details - like small mechanics of laning,” Tactical says.
Team Liquid Launches Liquid Plus Team Liquid releases Liquid+, a new engagement platform that rewards fans with memorable Experiences and perks for fandom. Sign up at liquidplus.com.
AW X TL: The Legacy Duo Start Their Second Act For nearly 10 years, Team Liquid and Alienware have partnered to stretch the limits of competitive gaming.
League of Legends   Santorin’s True Calling Despite the Struggle "I’m super competitive by nature. Whether I win or lose, I just love competing. That’s why even though I went through so many hard times where I wouldn’t win for years, I still loved competing."