The Liquid Advantage: TaeJa vs. Life 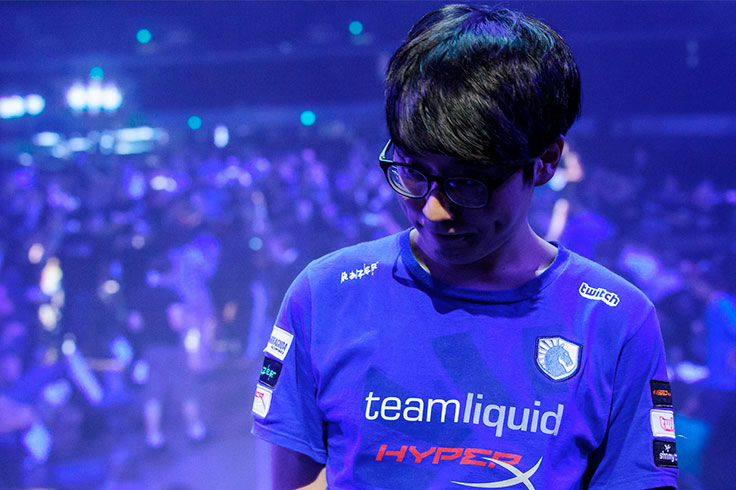 Heading into Blizzcon, Startale’s Life was just the 14th ranked out of the 16 players participating in the WCS Global Finals. This 14th seed placed him up against one of the favorites to win the whole tournament, KT Rolster’s star Protoss Zest, and many Starcraft experts and fans alike expected Zest to take care of Life with relative ease. After a surprising 3-2 victory over Zest, Life then went on to dismantle San 3-0. Next up for Life was Team Liquid’s TaeJa, who had beaten soO 3-1 and INnoVation 3-1 in his earlier rounds, again making Life a massive underdog.

In the Zerg vs Terran matchup, Life is notorious for his hyper aggressive play-making, heavy use of zergling run bys, and executing early-game zergling banelings attacks. While many like to simply write this off as “his style”, his tactics are meticulously calculated decisions based on his scouting, or capitalizing on his opponent’s mistakes.

Life entered game two down 0-1 after TaeJa picked up quick win on Nimbus. King Sejong Station is often seen as a Terran favored map in the Zerg vs Terran match up due to the difficulty for a Zerg player to establish a fourth base. With this in mind, lots of Zerg players select very aggressive strategies on this map, ranging from roach zergling baneling all-ins, to three base roach hydra attacks. In this game, Life choose to proxy his first hatchery right outside of TaeJa’s natural. However, TaeJa had aggressive ideas of his own and went for an 8/8/8 proxy reaper.

“One advantage of these builds is that the player executing them has a lot of experience with using it, whereas the other player might not have experience in how to deal with it but if the Terran player's skill and shape is equal or better at the time of the game, i think offensive builds like this have a high chance of failing to proper defenses” 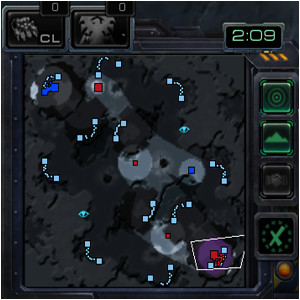 Surprisingly, neither of the players’ hyper-aggressive strategies in the early game did a significant amount of damage, so they entered the early-mid game on relatively even footing. Even though he did not do significant damage with the zerglings he made from his proxy hatchery, Life was able to use the hatchery to get creep spread into TaeJa’s natural in order to block it from landing. TaeJa wisely made a raven to get rid of the creep on his side of the map from the proxy hatchery.

From here the game entered the standard TvZ scenario in which the Zerg player attempts to establish a fourth base and the Terran pushes with a handful of bio and their first set of medivacs in order to put pressure on this base. Even though TaeJa only had ten marines in this push, the combination of the marines with the single tank, banshee, raven, and hellions was enough to to kill Lifes army of lings/baneling as he was forced to attack off creep in order to save the base. 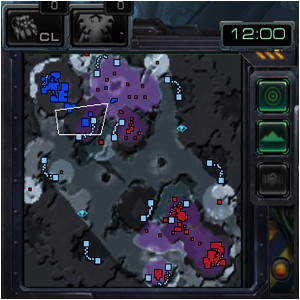 Though he was finally able to gather up enough army in order to thwart TaeJa’s initial push, Life was left trailing 30 supply while attempting to take another fourth base. Naturally, it was up to TaeJa to deny it once again. 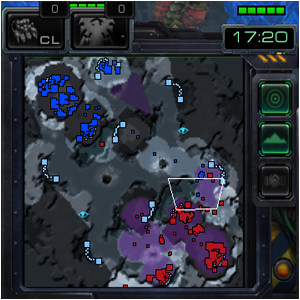 “Life has a reputation to be very active and counter attack a lot. Because of that TaeJa is being very cautious with his push and leaving a big portion of his army at a home. His main army gets cut off from reinforcements and doesn't split as well as he needed to in the engagement. More importantly because Life threatened to counter with his whole army, TaeJa was forced to engage away from his mines. Life was then ahead in supply again but still far behind if the game would continue for much longer”

Even though Life was able to get an extremely favorable engagement, he was left with a nearly mined out main, and only 68 drones with no hive tech in sight. Combined with the fact that TaeJa was able to land his fourth base and set up a planetary fortress, Life was still in quite a poor situation. 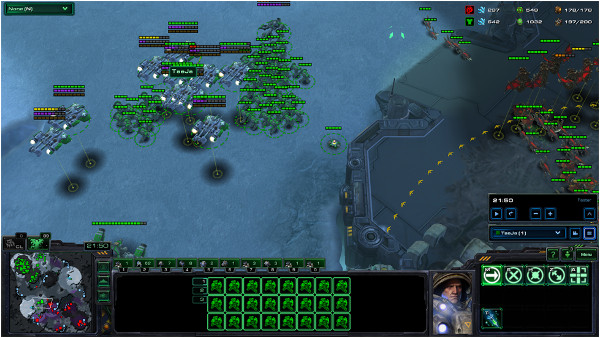 “Life continued to try to get TaeJa out of position by sacrificing or trading with a few units. He scouted for gaps in the defense of TaeJa but mainly focused on controlling the vision of TaeJa. When TaeJa finally moved, out Life knew he still couldn’t fight the army, so he instead used the majority of his army to counter attack. Due to his earlier moves with his mutas and zerglings, this counter attack was completely unscouted by TaeJa”

“He did a great job of spitting up his units to deal maximum damage to economy in the shortest time possible. He attacked the three bases simultaneously while avoiding the planetary at TaeJa’s fourth base. In the meantime, TaeJa retreated to deal with Life in his main bases, and this allowed Life to attack the fourth with his secondary army.” 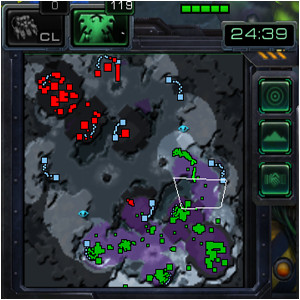 After killing Life’s fourth, TaeJa quickly retreated to try to save some of his production. By the time TaeJa was able to get back and defend his mai, Life had completely destroyed TaeJa’s economy, leaving him with only six workers. 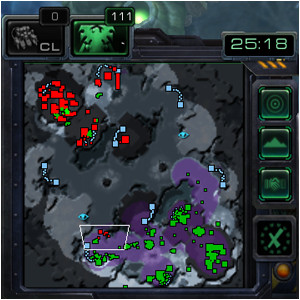 From here Life just continues to keep TaeJa on the other side of the map with his pack of mutas. TaeJa was unable to move out because he cannot afford to make turrets so he was forced to split up his army across his four bases while he attempted to reestablish his economy. Finally, after getting his main and third command center sniped, TaeJa attempted to do one last all-in attack. Unfortunately for him, Life had bought too much time and his zergling baneling army was easily able to destroy TaeJa’s army while continuing to do counter damage with his muta flock, and TaeJa was forced to GG. 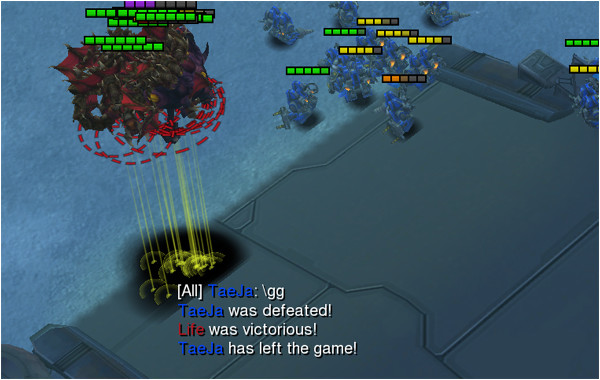 After a quick victory on Deadwing and another failed proxy hatch attempt on Overgrowth, Life found himself on Merry Go Round with the score tied 2-2. Knowing that proxy two barracks bunker rushes are very common on this map, Life opened up this game with an early ten supply drone scout. Luckily for him, he was able to scout TaeJa first after scouting through the middle for the potential proxy barracks. TaeJa happened to be going for a CC first so Life adjusted his build and decided to go for a three hatchery before pool instead of just the normal pool and gas after hatchery.

From here the game played out fairly standard with the exception that TaeJa went for a third command center before gas, a style that players like Red Bull’s Bomber are famous for using. On the other side of the map Life was following the normal Zerg keys for success, building purely drones and queens. At 6:45 Life went for an overlord sacrifice into TaeJa’s main, to see what follow up TaeJa was going for. To his surprise, TaeJa’s factory was just finishing at this point, and it was then that Life realized that TaeJa had went for a third command center before gas geyser. 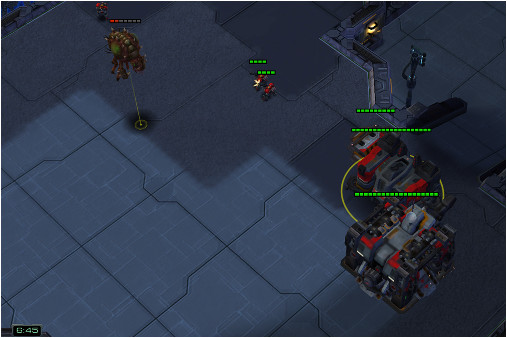 From here Life continued on his path to playing a normal macro game, slowly adding on his gas geysers and threw down two evolution chambers before getting any other tech. Due to the delayed nature of TaeJa’s tech, Life’s earlier overlord scout didn’t scout what the follow up tech of TaeJa was going to be. Because he had no other overlords in the area to sacrifice into TaeJa’s main, at 8:00 Life sent a pair of lings to rescout TaeJa’s main. Luckily for him, TaeJa’s depot was down at his natural wall, and this allowed his one surviving zergling to see what TaeJa was doing. 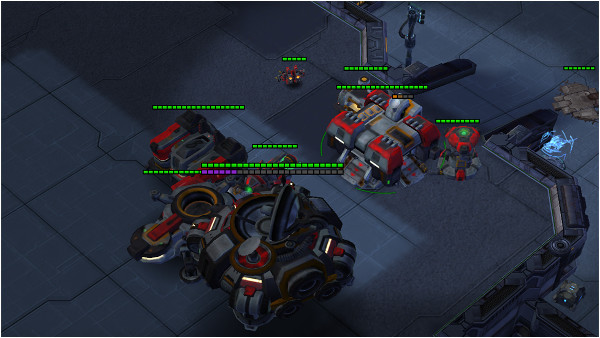 At this point, Life realizes that TaeJa had not only went three command centers, but also went up to a starport (for a viking) before any additional production. To top it all off, TaeJa was even beginning to float his third to land on location while he only had four hellions and three marines on the field. While this seemed like a very risky thing for TaeJa, his scan of Life’s natural at 7:30 revealed that Life was making two evolution chambers, a nearly sure sign that he was intending on heading into a macro game. Due to his fast three hatch opening, Life was already able to have ten more drones at this point in the game than in other games.

“He was already mineral saturated on three bases when he saw TaeJa's third cc, he didn't need anymore drones and three hatch + three queen ling/bane production was going to be able to trade pretty well no matter what until there are medivacs on the way”

“While at first this attack may seem random, attacking while he was investing into 1-1 upgrades as well as lair. If you think about it, there were no banshees and he saw a third cc going out to land. He knew TaeJa was going to expand off of marines and hellions and since his production was enormous, all he needed was a surround on the hellions to make this is a very successful move” 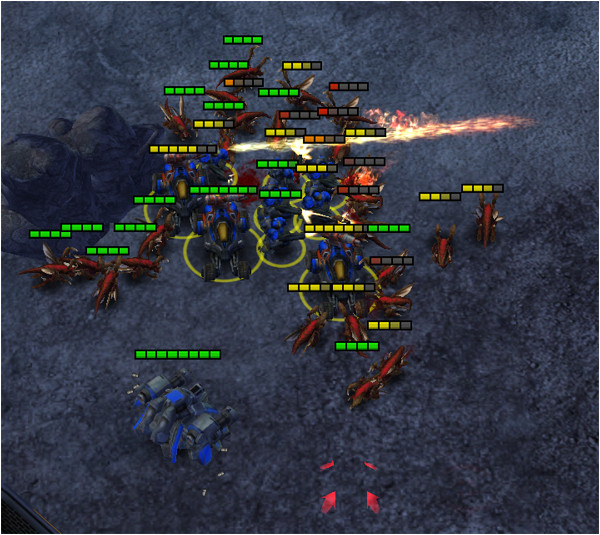 After chasing TaeJa’s hellions away from the watch tower, Life was able to surround TaeJa’s small force of marines and hellions, eliminating them with minimal losses to his zergling army. Promptly after killing TaeJa’s entire army Life morphed over twenty banelings and busted into TaeJa’s natural. TaeJa’s four marines on the map were no match for Life’s army of zergling baneling and his entire natural mineral line eliminated. With his heavily reduced income TaeJa was unable to keep up with Life’s production and was eliminated from the tournament.

In this series, and in the next series vs Acer’s MMA, Life was able to make heavy use of early zergling baneling aggression and calculated counter attacks to dismantle his Terran opponents. With proper scouting and precise decision making, Life was able to consistently catch his opponents off guard and set the pace of the games. 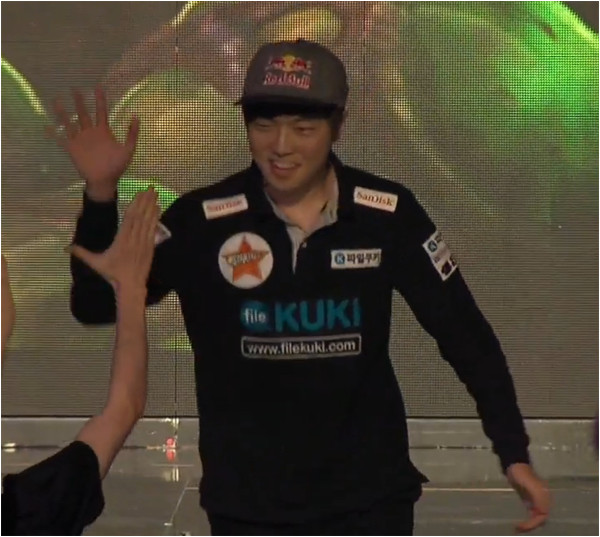 Writer: Liquid`Ret, Liquid`Snute, Liquid`TLO, moosegills
Editors: wo1fwood, jer99
Graphics & Format: shiroiusagi
Please log in with your teamliquid.net account to post a comment.
League of Legends | Valorant   Rakin: Chasing that feeling Long ago, Rakin earned a series-winning pentakill in the CBLOL. He remembers the day well because he is still chasing the feeling from it. Read Rakin's story from League to Valorant to Variety. Leia em Português!
Valorant   Team Liquid VCT 2023 Roster: Get to Know the Squad The time is finally here. Team Liquid is proud to announce its starting VALORANT roster for VCT 2023. You may know have heard the leaks, but now it’s time to hear it from the horse’s mouth. More than that, it’s also time to learn the most important answers to the most important questions these players have EVER been asked.
CS:GO   Daps: Rio, YEKINDAR, and TL’s major improvements With the Rio Major rapidly approaching, veteran CS:GO writer Dafydd sits down with coach Daps to talk over how the team has improved so rapidly and how they've integrated YEKINDAR so well. Daps goes over NA team culture, open communication, YEKINDAR's unique versatility, and the teams he's looking forward to facing at the Rio Major.
The Liquid Review: October 2022 October brought more treats and less tricks to Team Liquid! This month saw a huge run for dota at The International, some big moments in Smash, and a return to the top 2 in CS:GO. Read about everything Liquid got up to in October in this month's Liquid Review!