Since forming during August of 2011, Curse has been one of the most storied franchises in all of esports. Curse’s legacy of consistency has carried them throughout the last three years, battling storied rivals TSM, CLG and Dignitas to reach the top of the North American throne.

Their first event, MLG Raleigh in the summer of 2011 – with now co-owner Steve “LiQuiD112” Arhancet playing on the starting roster – ended in a disappointing fourth-place effort. Their final tournament, the 2014 NA LCS Summer playoffs, ended in heartbreak, only a single game away from reaching their goal of the World Championships. Even with strong management and a talented core of players, their dream of Worlds was cursed with bad luck and knife-edge losses.

TeamLiquid, an integral part of esports growth in the West since their launch in 2001 to cover Starcraft: Brood War, has continued to expand their horizons. Having already delved into StarCraft, Dota 2, Heroes of the Storm and Hearthstone, the question has always been: When will TeamLiquid finally make their mark in League of Legends?

We have always held the virtue of patience, not simply entering a field because it’s popular or because it would be the easy thing to do. With the announcement of the Curse roster and management leaving their title sponsor after three years, the perfect opportunity finally arose.

With the experience TeamLiquid has obtained throughout their years, the brains of the owners and coaching staff, and the ability the five players possess, the goal is to finally sit atop of North America. From there, the world, and everyone who challenges.

Today, the Curse ends. In its wake, Liquid rises. 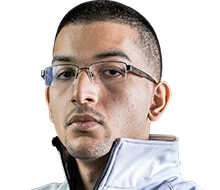 From Venezuela, Quas has been playing professionally since the middle of 2013. He began his career on Challenger teams New World Eclipse and Gold Gaming LA, tearing up the competition with his strong solo mechanics and bullying opponents in lane. Quas was hailed as one of the quickest rising stars outside of the LCS, quickly making a name for himself through his performances in online competitions.

Picked up by Curse only a few months after his official debut, Quas is now entering his second full year as a pro player. With the Top lane meta as it was the past year, mainly centered around tanks and meat shields, Quas wasn’t truly able to show off the mechanical dueling abilities that made him one of the most feared players online. Now, with carry champions coming back into favor, this is the year where he will make the statement – he has all the tools to be the best Top laner in the Western scene. 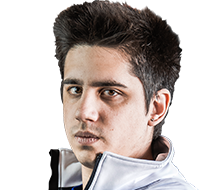 The opposite to his teammate Quas, Dominate has been a staple of professional League of Legends since the beginning in 2010. Playing with Dignitas until the end of 2012, Dominate’s career stalled when he was banned from professional play due to behavior during games online. With his dreams of playing in the LCS during S3 dashed, he applied himself to changing his actions online, hoping one day to have a chance to play as a pro once more.

A year after his ban, his second chance was given him to by Curse. Dominate has not let his second life go to waste, performing as one of the best Junglers in North America since having his ban rescinded. He’s matured as a player and person during his time on the team, becoming one of the pillars that make them a challenger for the NA LCS crown. With a diverse champion pool to select from, he is a terror for other teams to prepare against. 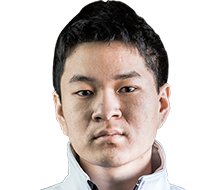 The newest member of the Liquid roster, Fenix comes over from OGN Champions in South Korea. He started out his career as a practice partner in the CJ Entus house, playing Top lane under legends Lee "Flame" Ho Jong and Park "Shy" Sang Myeon. Fenix transitioned over to the Jin Air Falcons, where he would come under the tutelage of another former CJ great, Bok "Reapered" Han Gyu.

Learning from some of the best in Korea, FeniX had the raw mechanics to match up with anyone in lane, but didn’t have the team around him to truly succeed. Now, moving from the Top to Mid, FeniX will have the added pressure of not only going to a team wanting to contend, but a new position all together. After moving from a discombobulated situation on the Falcons, this is the new Liquid mid-laner’s shot at performing on a well-rounded team. 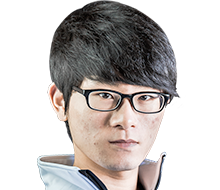 Also making his North American debut, Liquid’s ADC has one of the most storied careers in all of professional League of Legends. Alongside former teammates Lee "Faker" Sang Hyeok and Bae "bengi" Seong Ung, Piglet is one of three players in Korea to have played over 100 career games and have a win-rate of over 70%. Two-time OGN Champions winner and Season 3 World Champion, Piglet brings a win-or-go-home mentality. He is also known for his insane work ethic, not happy with a victory or championship if he doesn’t perform up to his capabilities.

Behind his tireless practice, Piglet is in an in-your-face AD Carry, aggressive in lane and always looking to get a kill early. He worked in tandem with Faker on SK Telecom T1 K to not only conquer the world in Season 3, but formed the scariest carry duo in the pro scene that led to an undefeated SKT conquering OGN Champions Winter 2013-2014. Now on a new team after a disappointing end to 2014 and not qualifying for Worlds, Piglet has the potential to be the star carry on a team without being in Faker’s shadow for the first time. With his slick moves in team fights and one-on-one dueling ability, Piglet has what it takes to become the best carry – not just AD carry – in all of NA LCS. 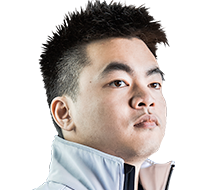 When you talk about legends in the North American scene, no discussion can be without Xpecial. One of the best supports since he won the World Cyber Games in 2011, he has been a consistent in his performance even against the world. Winning countless titles under the TSM banner as their star support, Xpecial moved to Curse last year for a new start and hasn’t missed a beat since his transfer. His ability to transition throughout all the changes the game has gone under in the past three years shows his power as a player.

Not only has he been able to keep up with changes in the games, but with bot-lane partners as well. Having played with countless players in his career, his new partnership with Piglet will give him possibly his most dangerous weapon yet. Xpecial is a player with the decision making to get the best out of his AD carry, be it a safe bottom lane or a blitzkrieg death match, and the formation with Piglet will give him a chance at being a part of the best bottom lane in North America once more.

Please log in with your teamliquid.net account to post a comment.
League of Legends   League of Legends Management Update Artress is stepping down from his position as Team Manager for our League of Legends roster with Coach Dodo and Fasffy taking over his duties.
League of Legends   Locked and Loaded: Team Liquid enters Free Fire We are excited to announce that we are taking our first steps into a new esport — we’re entering the world of Garena Free Fire.
League of Legends   Raise Your Subs to Another Three Years We couldn’t get enough subs during our championship-filled 2019 season. In fact, we want even more turkey and provolone as we speak, during this announcement. So it only makes sense to extend our partnership with North America’s favorite sandwich shop, Jersey Mike’s Subs, through 2023. That’s three more years of subs - and content, of course.
Fortnite   Meet the Maestro: Mitr0 joins Team Liquid Many of you will know him for his dominant online performances across 2019, and stellar duos showing at the Fortnite World Cup. We’re pleased to announce that Mitr0 has officially joined Team Liquid!