Roster
Roster Update
The Immortals Pickup
The LCS off-season is always a time of introspection and change, and the inauguration of franchising has given teams and players the opportunity to start fresh. The solidification of our partnership with Riot has only strengthened our resolve to become the best team in the LCS, and we approached this off-season with renewed vigour. We have a deliberate plan for our future LCS team, and we have now signed the first two pieces of our franchise.

We are thrilled to finally announce that we have acquired Eugene “Pobelter” Park, Jake Kevin “Xmithie” Puchero, Cody "Cody Sun" Sun, and Andy "AnDa" Hoang from Immortals. Pobelter will command our midlane while Xmithie will roam the jungle as our first two starting players for 2018.
“Team Liquid was the very first team that I joined many years ago, back when it was still Team Curse. I'm excited to return and give my best effort to win this upcoming season. We'll do our best to make TL a team to be feared in the LCS.”
— Eugene “Pobelter” Park
“I'm super excited for this opportunity with liquid! Steve has reached out and he showed me that we have the same attitude towards winning and the hunger to being the best. I can't wait to show everyone what we can do together!”
— Jake “Xmithie” Puchero
LCS Roster
LCS Roster

Starting Jungler: Xmithie
Jake “Xmithie” Puchero is a master of League of Legends, the jungle, and proving people wrong. Despite early doubts during his time on CLG, Xmithie proved his worth as a selfless team player by claiming two NA titles along with a second place finish at MSI. After his transfer to Immortals, fans once again doubted the Filipino native; in response he continued to dominate. Xmithie’s merit comes in his capabilities as a leader and a tactician. He has one of the highest assist ratings of any jungler in the League and was the first to hit 1,000 in the NA LCS. Xmithie has been a vital resource to every team he’s been a part of and we’re looking forward to seeing him continue this trend under the Liquid banner.
Starting Mid: Pobelter
Eugene “Pobelter” Park has a long history in a youthful career. At just 16 years old, he became a part of Team Curse and quickly showed his potential for greatness. Now 21, the North American midlane talent is one of the most valuable players in a role dominated by imports. Pobelter is a veteran of both the mid lane and the North American scene. He has played on several rosters from Challenger Series to the LCS main stage, proving he can hold his own against anyone in the league. During his time on Immortals, Pobelter once again asserted his place among the elite mid laners after the team’s nearly undefeated season. For a player so young yet with so much experience, the sky's the limit. In 2018, we intend to utilize all 200 of his IQ points.
Transferred
Transferred Players 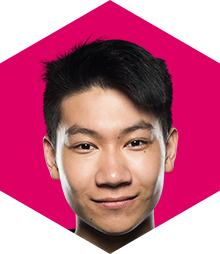 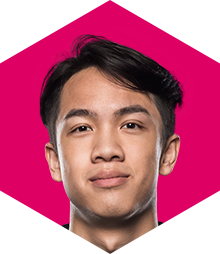 When we approached the Immortals organization about the availability of their players, we were informed that they preferred a package deal for their roster. We gladly accepted Immortals’ proposition, but we were already in the process of forming our ideal starting roster. The two players that would not be on the starting roster expressed their desire to continue as starters in the LCS, so we worked with them in order to find them a suitable team for 2018.

We’re happy to announce that we have already arranged transfers for CodySun and AnDa where they will have the opportunity to start this upcoming season. We would like to wish CodySun and AnDa the best of luck on their new teams.

We will be announcing the rest of our squad over the coming days, so stay tuned for more.